Has boredom set in at your house lately? The weather has not been cooperating here and I can tell by the kids’ moods and the amount of squabbles breaking out around here that the boredom and cabin fever is increasing. 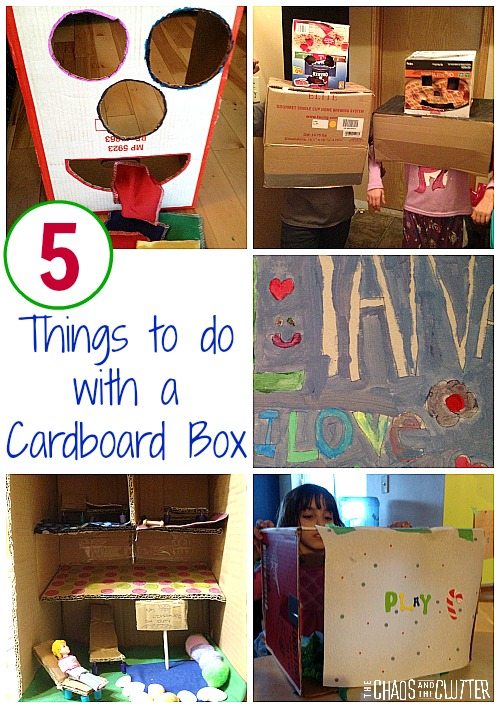 I thought about how kids always seem to have more fun with the box than the toy that came in it so with that in mind, I decided to give my kids some empty cardboard boxes to play with. I had them come up with ideas to share with you. They’ve had a lot of fun in the process! 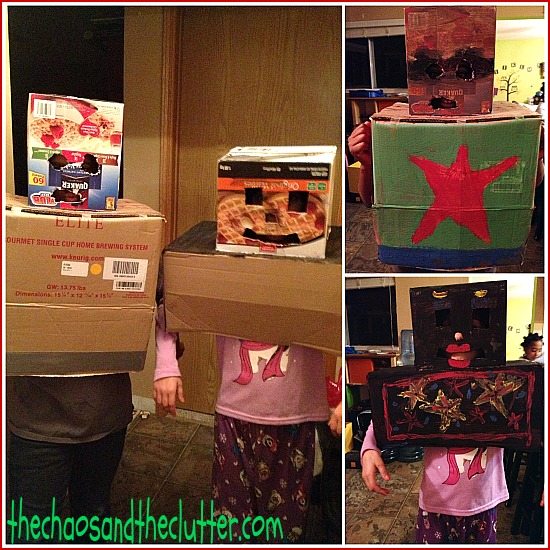 What started as a frozen waffle box, an oatmeal box, and two larger boxes were transformed into 2 robot costumes by Snuggle Puppy and Granola Girl. They cut holes for eyes and a mouth in the smaller box and then taped them onto the bigger box. They tried glueing them but it didn’t work well. Then they cut arm holes out in the larger box. To complete their costumes, they painted them.

This was a great boredom buster activity because it ate up large chunks of time over several days, first to construct the robot, then to paint them and once the paint was dry, to put the costumes on and play. 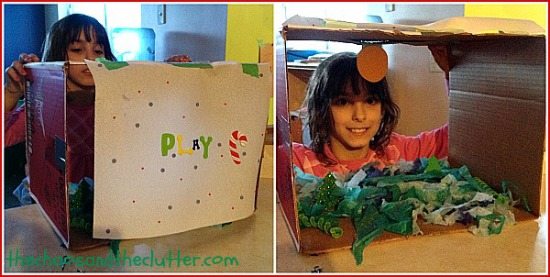 This idea is courtesy of Granola Girl. She took the top and bottom off a box and created a little “stage curtain” out of a piece of paper towel attached to the top with tape so that it can be flipped out of the way. She hung a paper circle to represent the sun at the top and put torn pieces of tissue paper, pipe cleaners and foam trees at the bottom to create a landscape.

Using small animals, puppets, dolls, and stuffed animals, she and her siblings were able to create a wide variety of plays and perform them for us in the cardboard box theatre. 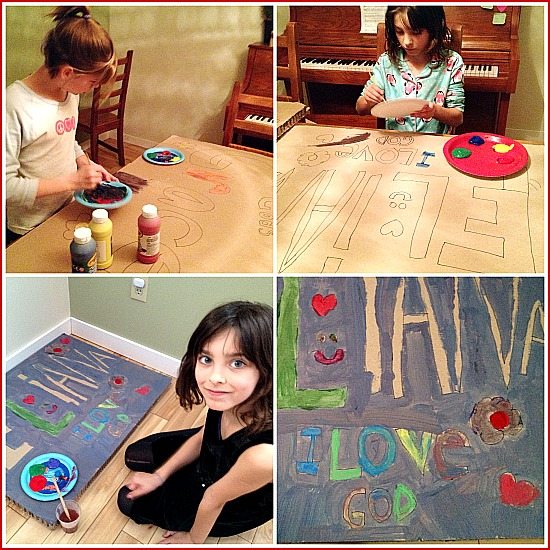 Because we are in the middle of some house repairs, we had some giant boxes. Einstein came up with the idea to cut the sides off of them and create giant art canvasses. This has turned into a very effective way to cure the winter blues! It has been three days and the kids are still working on them.

They outlined the design they wanted with a black Sharpie and then have been painting their pictures. Three of the kids have been making one each and they spend at least an hour a day on them and they are not completely done yet. That is what I call one successful boredom buster! 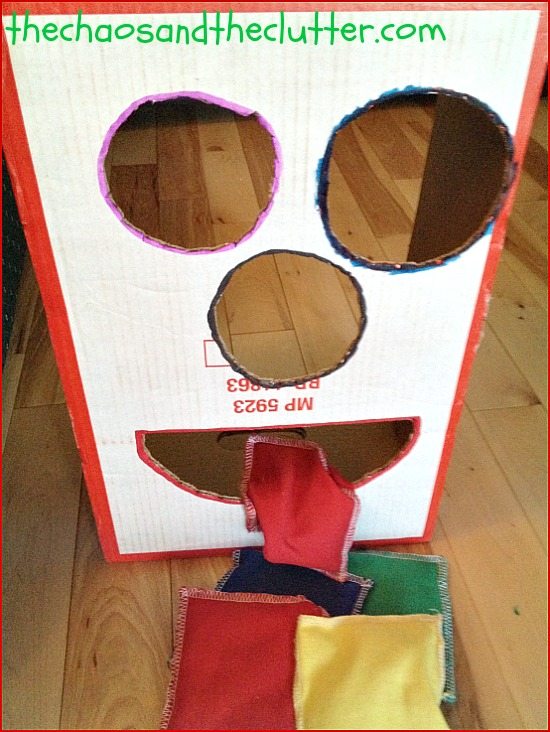 To make this easy bean bag toss, cut holes into the bottom of a box to resemble a face. I also coloured around each of the openings so that for extra points, they could try to throw the corresponding coloured bean bag into that opening. You can also assign point values to each opening and keep score if you want.

My kids weren’t really interested in keeping score but they loved playing with this and for the five minutes that it took me to make the bean bag toss, it sure did entertain them for a long time!

We actually happened to have bean bags in the house because we use them for lots of sensory activities, but if you don’t have bean bags on hand, I’m thinking that it might work to fill resealable sandwich bags with rice. 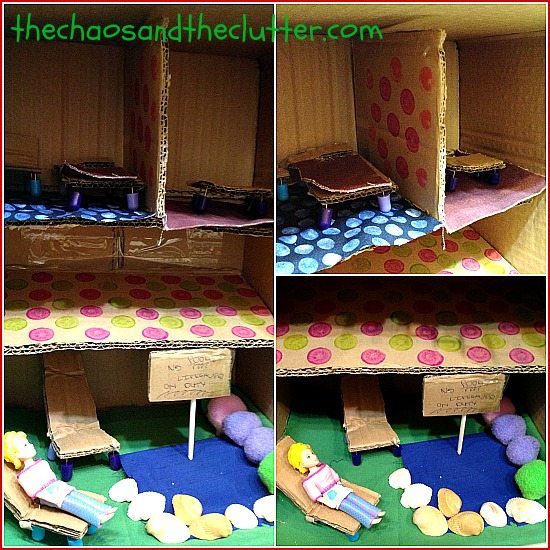 I love how creative kids are! When I started this project for the kids, I wasn’t sure if they were going to make it into a shelf, a bunk bed for their stuffed animals or a small doll house. They showed me that there is no need to stay inside the box (pardon the pun!).

I took a box, cut the top off it and made a few compartments in the box by taping them back into the box and then I let my kids do whatever they wanted with it. I gave them what was left of the top I had cut off as well. What they came up with was part doll house, part mini world.

On the top level, they made bedrooms and made furniture using the cardboard pieces and push pins. They added fabric scraps for carpet and blankets. They used bingo dabbers to create wallpaper.

On the bottom level, they made a scene complete with a pool (with a “no lifeguard on duty” sign), an awning, lawn chairs, rocks (pompoms), and seashells. So cute! 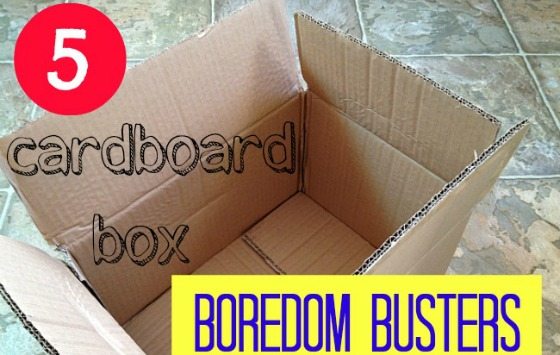 If you are looking for other fun activities and boredom busters, you may want to follow my Kids’ Activities Board on Pinterest.