This is a sponsored post written by me on behalf of a Canadian leading research based pharmaceutical company. All opinions are 100% mine.

This past weekend, we took our kids to see the movie Miracles from Heaven. It was a great movie, but for me, it brought back some intensely painful memories of the years that our daughter was sick. In the movie, there is a scene where the mom, played by Jennifer Garner, climbs into the backseat with her daughter as they frantically rush her to the hospital in the night. That brought me back to a similar scene that played out in our home. Miss Optimism had been rapidly getting worse and there came a point where she could hardly breathe. Her lips were blue and she was coughing so hard that she threw up over and over again.

We called my mom to come and watch the other kids who were all asleep. In those next minutes, things got so scary that we left home before my mom arrived because the danger of leaving our sleeping kids alone for eight minutes was so much less than the danger our daughter was in. I climbed into the backseat with her and Mark rushed us to the hospital. There were times along the drive where we almost called an ambulance because her breathing was so laboured. I prayed all the way there, begging God to let her live. When we arrived at the hospital, Mark ran in carrying her and she was immediately given oxygen and IV medications to save her life. 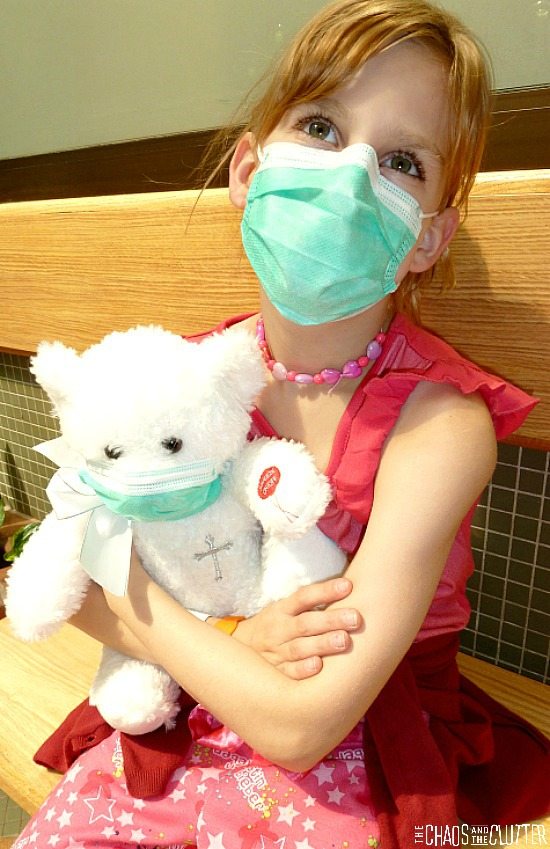 The other part in the movie that I could relate to almost too well was when the mom stood her ground and refused to leave the hospital until she got answers for her daughter. I several times have had to do the same. Very early on in our daughter’s illness when she was only about four years old, the Emergency room wanted to discharge her even though she was still having a hard time breathing and I did not feel that she was yet at a point where I could care for her at home. They insisted that I take her home even though she was still so sick. I called a friend from the parking lot as soon as we were discharged asking her to pray for us. That friend happened to know a paediatric pulmonary specialist who is the best in our area and I drove straight from the hospital to his office. I will forever be convinced that that phone call saved our daughter’s life.

We had been having a hard time finding a doctor who would take her case seriously. She had at that point been diagnosed with asthma, but the general feeling of the doctors in the Emergency rooms we had visited seemed to be that because she was rarely wheezy, it was mild asthma. As it turns out, our daughter suffered from a condition called silent asthma. With silent asthma, there is rarely any wheezing but the airway constricts very quickly and it is often more severe. When we arrived at that specialist’s office after hours that fateful day, our daughter’s lung function was just 23%. We had just been discharged from the hospital and had I driven home per their instructions, we very well could have lost her.

For those who think of asthma as “just asthma”, it may surprise them to know that “an estimated 235 million people around the globe suffer from asthma and this number is rising. World-wide, deaths from this condition have reached over 250,000 annually. In Canada, approximately 20 children and 500 adults die each year from asthma.” according to the Asthma Society of Canada.

Over the course of the next few years, Miss Optimism was followed very closely by her specialist and had many more Emergency room visits. There was a time when we were seeing her specialist several times a week and she was even admitted to the hospital for extended stays on a few occasions. We tried many different regimens for managing her asthma, but her health remained precarious.

Miss Optimism’s body produces too many IGEs, which are the antibodies that react to allergens, so for much of the year, it was dangerous for her to go outside as just breathing the air could trigger an asthma attack. Her lung function remained dangerously low and we needed to give her asthma treatments around the clock. There was one year where the treatments had to be every hour and a half around the clock and I grew so tired that we had a night nurse come three nights a week so that I could catch up on sleep and she could administer the treatments.

Miss Optimism was essentially allergic to the world around her and as she watched her brothers and sisters play outside and go camping without her, we worried about her quality of life and even about her dying. There were times that her lips would be blue and she would struggle so much to breathe that I thought I might lose my precious girl. She is such a gift to us that I could not imagine my life without her infectious positivity and her caring heart.

Her doctor and nurse were amazing through all of it. They went above and beyond for her and for our family and never stopped looking for answers. Her doctor even gave us his home phone number to call in emergencies. When we reached the lowest point of her illness and were living every day in fear of losing her, they found a solution. They changed her treatment and that changed our lives.

Before asthma, Miss Optimism had been an active, outgoing, happy girl who never sat still. After asthma, she still had that same spunky personality but her life became limited and her fear grew. After proper treatment, that active, fearless girl came back and now shines brighter than ever. 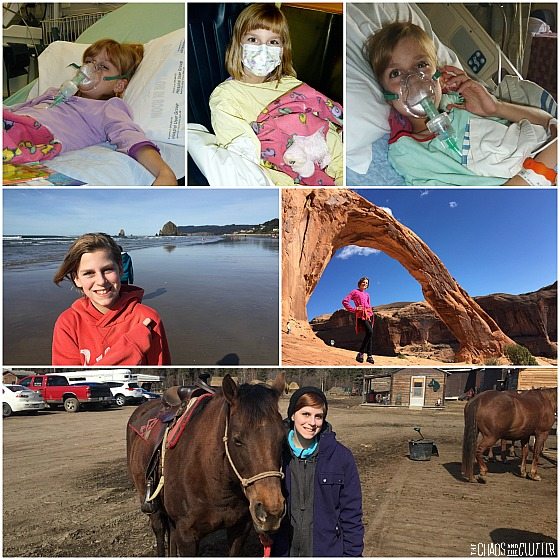 We can now go on family vacations. Miss Optimism can go camping and roast marshmallows over a campfire. She was so allergic to animals before that she couldn’t be near them, but this past summer, she went to horse camp for a week. The child who used to not be able to go in our backyard is now taking weekly horse lessons! I could never have dreamed of her life and ours being this full.

I am so thankful that her asthma is now stable and properly managed, but I want to get the word out about the dangers of asthma and the importance of accessing medical care for the symptoms. There is now an easy 30 Second Asthma Test you can take online to see if your asthma is controlled. Discovering that your asthma is not as controlled as you thought it was could save your life. Please consult a healthcare professional with your results. Please spread the word about this simple test as managing this illness is critical.