Moms, I need your help. Three of my children are black and they have suffered horrible overt racism. They have also suffered more subtle racism.

I’m sharing this because I NEED you to talk to your kids. I need you to educate your kids. I often wonder if the parents of the kids who have done these things to my kids know what their children have done.

These are just a few things that my black kids have suffered:

My daughter wrote a poem and asked me to share it. It breaks my heart that she is afraid that she could die because of the colour of her skin. 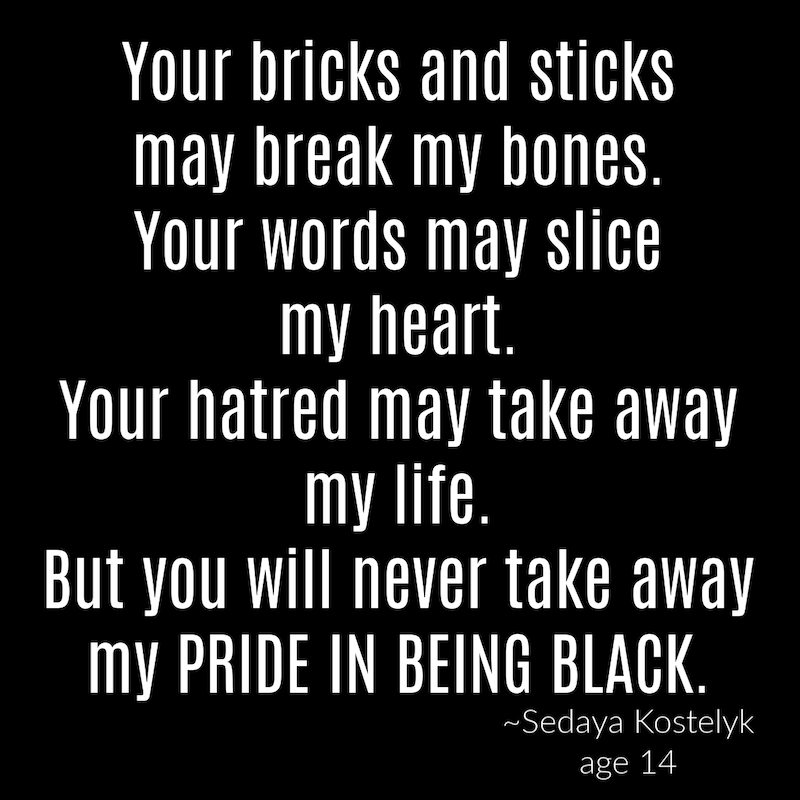 My kids are getting older and no longer always have me with them.

This is why I need you. As one mom to another, I’m begging you…

Please, please talk to your kids. But before you do, educate yourselves. Do not use terms like “colourblind”. Do not say “All Lives Matter.” Accept that you have white privilege and let that make you uncomfortable. Listen to the black community and the pain they have suffered and then do your part to make it right.

We can and should do better.

P.S. While I have written articles over the years on racism and books for kids about black heroes, instead of sharing those today, I would rather take this opportunity to point you to articles written by those who are black as it is their voices that should be heard above all right now. Here is just a small list to get you started: