Last month, two of our sons went to a week-long mountain biking camp that has an excellent reputation. We assumed that they were having a great time and learning great skills and maybe even making new friends. The evening that we drove down to pick them up, we learned that they had both been bullied while at the camp and it had been a pretty miserable experience.

They heard a lot of swearing (which sad to say, is probably to be expected given the age of the boys at the camp) and heard some words that to quote them “we don’t know what they mean, but I think they are very bad”. They both seemed upset and anxious to get out of there, so while one of them stood in line with me to get his medication, the other went with my husband to retrieve his belongings from his cabin. 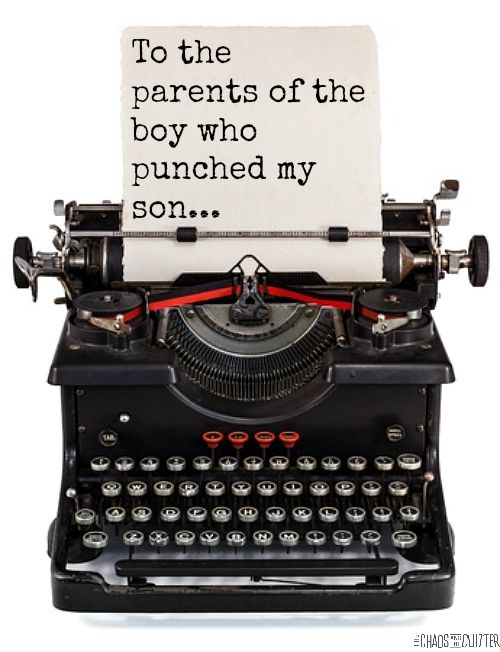 My husband waited outside the cabin while our son (the quieter and gentler by far of the two) went inside. Very shortly after, he came out obviously distraught and in a near panic. My husband was able to extract from him that a boy from another cabin had been inside and had punched him in the face. He told my husband the name of the boy and pointed him out. By this time, the boy was standing over by his parents.

My husband is not a confrontational man, but given the circumstances, he approached the boy and asked him if he had punched his son in the face. He admitted to it, without offering an apology and his parents stood by, unwilling to even make eye contact with my husband or look over at our son, who by that point was in tears.

This is what I would like to say to the parents whose son punched mine in the face:

When you learned what your son had done, you both looked away, not wanting to meet my husband’s eye, not even mumbling an “I’m sorry”. You might think this reaction would make us feel angry, but it doesn’t.

I get it. I am the mom of some kids who are challenging. I suspect from your reaction that maybe this isn’t the first time your son has hit someone. The news didn’t seem to shock you.

Maybe you sent him to camp for the week so that you could get a break from the behaviour issues or the attitude or the constant power struggles. Maybe you were already feeling weary knowing that the break had not been long enough.

Maybe you were hoping that a week at a rugged adventure camp in the mountains where kids learn more about God would spark new hope for your son and therefore, for your family, and seeing that there had been no change in his heart crushed you.

Maybe you were just so tired of dealing with conflict with him (and because of him) that you just couldn’t face one more.

I get it. I’ve been there. Maybe not right where you are because I don’t pretend to know the ins and outs of your situation, but I’ve been in dark places in my parenting life where it seemed like there was no light at the end of the tunnel and I questioned what I had done to have caused the decisions one of our kids was making.

At one point, I spoke only of parenting in terms like “surviving until they’re grown” and “getting through”. Those were bleak days.

This parenting thing is hard. HARD.

What I really want to tell you is this: There can be joy found in parenting even kids who seek out trouble or make poor choices. There can be hope for your family to find moments of peace. I’m praying for you. We forgive your son and our soft-spoken, gentle boy forgives him too.

P.S. I am not one of those moms who thinks her kids are blameless and perfect and I’m sure there are two sides to the story. Had it been one of our other sons, he would have punched back and then this would be a different conversation! 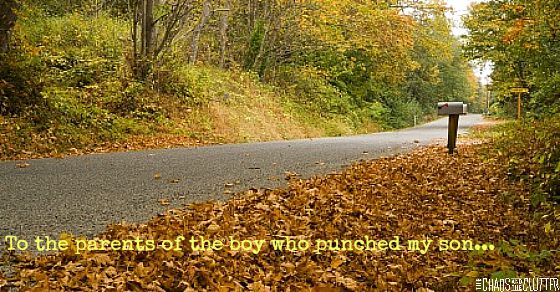 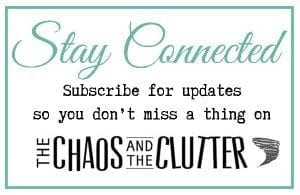