40 is one of those milestone birthdays that make people start reevaluating their life or have them denying their age, but I’m not ashamed of reaching this milestone, nor am I planning a mid-life crisis over a number. I’ve had people ask me if I’m ok with turning 40 and I am more than just ok with it. I welcome it.

I’m sure that part of what makes this birthday easier for me than for some is that most of my friends are already well into their 40s and some celebrated the milestone of their 50th this year. They seem to be looking better the older they get and I hope that when my kids are a bit older and I have more time, I can take the time like they have done and work on my outward appearance a bit more. So the physical part of turning 40 doesn’t scare me because I’ve seen that even 50 and beyond can be a person’s best years.

Sure, I have more wrinkles and more wobbly bits than I did in my 20s and early 30s and I don’t have as much energy as I used to, but youth doesn’t hold a monopoly on beauty. My wrinkles tell a story and my grey hairs have been hard earned.

My wobbly bits came to be because of my pure enjoyment of food and not from any abuse of it. They do embarrass me sometimes, but they don’t cripple me. They are a reminder of evenings spent eating appetizers around my kitchen table with friends or eating out at foodie restaurants with my husband. Those memories were worth the sacrifice of certain styles of clothing. Mini skirts aren’t really my style anyway! 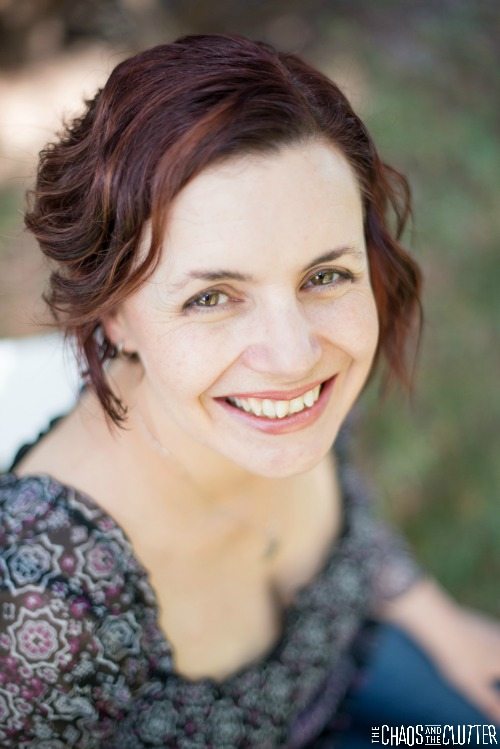 I’ve been told by many who have gone before me that the best part about turning 40 is not caring what people think about you. I had to get over that one five or six years ago when I began to advocate for some of my special needs kiddos, so I’ve got a jump start on what is commonly called the biggest perk to this new decade.

Another common woe about turning 40 is people bemoaning that they haven’t accomplished enough in their life, taking a tally of the items crossed off on their bucket list and realizing that there are far too few.

I wrote a list when I was 21. I can’t find it now (it’s buried in a box that is buried under other boxes in our storage room) but from what I remember, my list went like this:

My list was a bit longer than that, so it may have included some other places I wanted to see (New York comes to mind), but this is most of what it said. I feel really good with what I’ve been able to cross off so far and my life isn’t over yet. I don’t feel like I haven’t accomplished enough in my 40 years although I do often feel that I can’t accomplish enough in a day!

Why Turning 40 Doesn’t Upset Me:

The real reason 40 doesn’t scare me or sadden me is that I am so keenly aware of what a privilege it is to get to here. Two friends of mine from high school never got to see 40 candles on their cake and their children are now growing up without their moms. I am thankful to still be here, to be able to witness my kids grow up.

Several of my close friends have battled (or are battling) cancer or other serious health issues and I am thankful to have a body that still cooperates with me (albeit a bit slower and achier!).

The life I have chosen is not an easy one. In fact, this past year has been the hardest one yet, but I am still thankful to be here, thankful that the hope exists that next year will be an easier one. I am thankful that I get the chance to live long enough that my wisdom is beginning to become useful.  And I am so thankful that I get the opportunity to do better, to grow and learn so that I can become a better mom, better daughter, better friend, better writer, better person.

I got to celebrate this milestone birthday surrounded by family and friends (I have the most AMAZING people in my life!) and eating appetizers with a cake that I had made of the books that have most influenced my life. 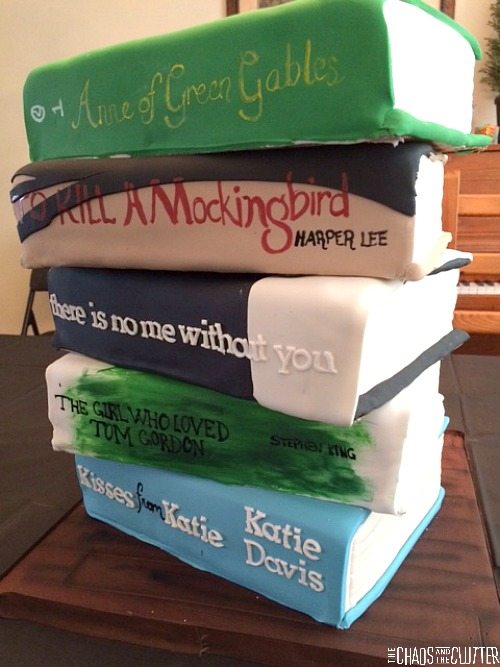