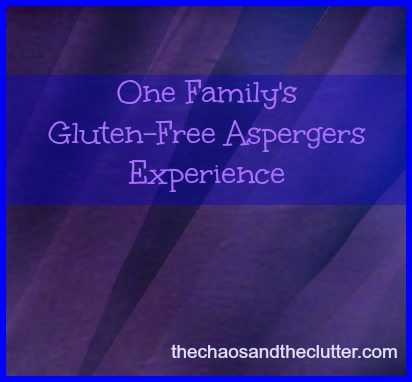 Our son Einstein has Aspergers. Through various methods such as creating an environment at home that met his sensory needs, homeschooling and adapting our parenting, he had been doing very well. He managed the challenges associated with his Aspergers admirably. About a year ago, Einstein hit early puberty and many of his Aspergers traits were exaggerated. He began struggling with tantrums, frustration, perseverating, and even at times, resorting to violence. It made things difficult for us as a family, but it also made things difficult for him. He felt guilty about his behaviour and felt out of control. We tried many different approaches but nothing helped. It seemed as though medication might be our only option.

*every family’s situation is different and I certainly don’t judge other parents who choose the route of medication nor am I saying that we will never choose that option, but we have seen it as a last resort and want to try everything else first

I had heard over the years of other parents having success with special diets for their children on the autism spectrum. The diet that seemed to be the most common for anecdotal results was gluten-free. It had always seemed like it would be too much work but I wanted to try absolutely everything before I resorted to medication. So back in March, I put our whole family on a gluten free diet for 3 weeks. That time period is not long enough to know how it affected everyone, but it was long enough to know that it was worth keeping Einstein on it.

He said that he had a much easier time falling asleep only 3 days into the diet and began to find himself becoming less easily frustrated and more peaceful. I was convinced that it was working and I began to see my sweet, gentle boy coming back! It was well worth the extra expense and time.

The Husband was not convinced that it had made that much of a difference however. After a few months, Einstein himself began to have some doubts about the effectiveness of the gluten free diet and began to cheat here and there.

Then came last month’s camping trip. The Husband took four of the kids for just over a week. Before they left, I stocked them up…gluten free hot dogs, buns, hamburger buns, graham crackers, marshmallows, cookies, snacks, and condiments. This way, Einstein could enjoy all the camping food and stay on his gluten free diet. Apparently, the gluten free eating lasted only a few days. I won’t get into too many details about behaviours and challenges for the rest of the camping trip, but suffice it to say that Einstein and The Husband are both TOTALLY convinced that the gluten free diet is a necessity!

The hardest part of switching to gluten free is not so much making separate meals for Einstein, but thinking of what to make. Some things are easy such as if we are having a pasta dish, I simply cook gluten free pasta for him but other things are much harder. One of the things that I have found difficult is that I often do a day of freezer meals that last a month or more and save me so much time (and money) but most of them have ingredients such as condensed soups or dry onion soup mix which contain gluten. This week, I am getting together with a friend whose daughter is Celiac and we are going to make gluten free freezer meals for our families. I have planned out the meals and though it took more research, we have a good selection and I think it will turn out well. I have created a printable list of 100 gluten-free snack ideas. This week, I will also be filling the freezer with things such as frozen yogourt drops, gf Rice Krispie squares and gf muffins.

I know that results will vary from person to person, but for our son, switching to gluten free has made all the difference in the world with his Aspergers. He is able to control his thoughts better and his behaviours and is able to function again.