I know that if you are a regular reader, you’re used to hearing from only me. I don’t usually allow guest posts on The Chaos and The Clutter, but when my friend Jennifer approached me about her story, I knew I had to make an exception. I think that most of us have the view of kidnapping as being stranger abductions and I know that I certainly think of it as something that isn’t likely to ever happen to my kids, but believe me, if it can happen to her, it can happen to me and it could happen to you.

That’s why I felt that sharing her story was so important. Knowledge is power. I was shocked reading the statistics. If this helps one family not to have to go through this or helps a family who does go through it to have a positive outcome, then her coming forward to share her story will have been worth it.

With that, I’m turning this over to Jennifer as she shares with you in her own words her personal experience with something she never thought could happen to her.

We’ve all seen played up kidnappings on TV – a late night home invasion, followed by a ransom note, and a frantic family gathered around their coffee table with FBI officers and high-tech equipment. 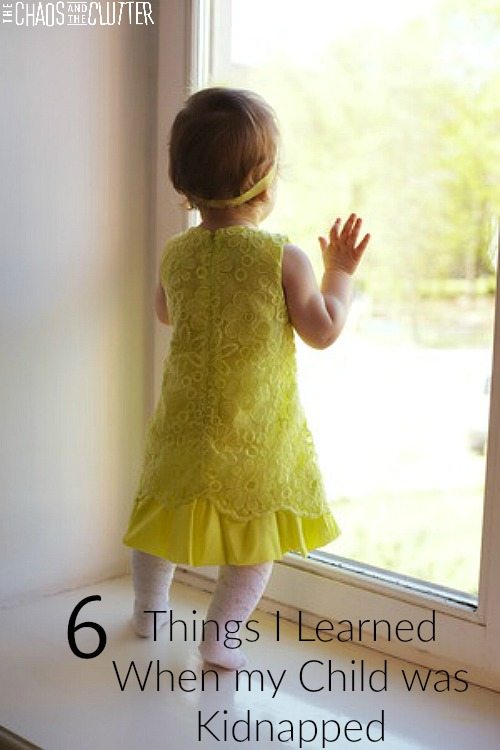 While kidnapping is one of the biggest modern fears that plagues parents, at the center of the debate against free-range parenting and receiving constant buzz on social media, as a society, we have a really inaccurate idea of what kidnapping actually looks like.

I’m scared for a few reasons, but mostly I’m scared of receiving judgment or of bringing judgment upon my child. Being a single parent family, we already encounter some surprising judgment, so do I really want this additional label attached to our family? Do I want other families to avoid us and label us as “too much drama” for having had this happen to us?

But our story needs to come out, because there is so much that isn’t said about kidnapping. So much that I didn’t know until after I lived it, and if I can make one more person sympathetic to the experience, or allow another parent to know that they are not alone in living out one of the worst experiences a parent could face, then, hopefully it was worth it.

1. It typically isn’t a stranger.

Most kidnappers are actually family members. Family members who object to a custody arrangement, or who are trying to exercise some imaginary control over one’s family.

Any taking or moving of a child without the permission of the custodial parent is a kidnapping.

As an extension of the previous point, kidnappers who are simply “taking their child not on their assigned day” or “taking the grandkids for a weekend at the cottage despite their silly mother trying to ruin the fun” often won’t recognize that they are kidnapping. They sometimes think they are within their rights (even if the courts don’t agree) or they justify their actions in some other way.

To this day, if you were to ask my family member if they kidnapped my daughter, the most they would probably admit to is “overstepping boundaries.”

Those who have never experienced a kidnapping are incredulous at this. They blame the parent for being stupid or even possibly being an accessory to the kidnapping if they didn’t notify police, but many kidnappings go unreported.

Why? Because people want to solve the issues within the family, or they are afraid to escalate the situation.

Further, unless there are advantages to having a record of police intervention, parents might want to avoid the involvement of the secondary agencies that will become involved after the police are called – Child Services, school authorities, etc.

For my daughter’s return, I negotiated through other family members for a peaceful resolution. On day three of the kidnapping, we agreed to a return date, but I still had little idea where my child was located, and I was unable to speak with her. Involving the police could have led to a much longer negotiation and less willingness to cooperate. 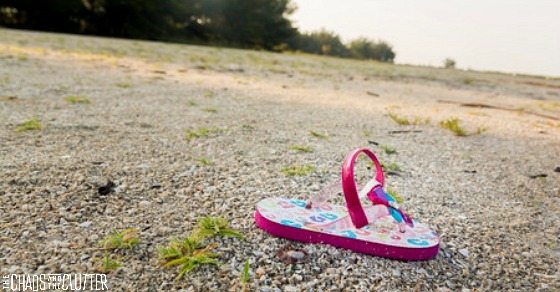 4. Bonding with your child after reunification is tough.

My daughter wasn’t aware of what had really happened. She was happy to see me when she returned, but she was also conflicted because we had never been apart for that length of time before and she resented my absence.

For me, I was overjoyed to have her home, but I also knew that I had failed her. I had experienced the loss of my child, and even though she was back in my arms, there would always be a part of me that had lost her. That week of her life will always be etched on my heart, and I don’t know that I will ever feel completely whole again as a parent.

Coming home was the end of the worst, but the beginning of our rebuilding our relationship post-kidnapping.

5. You’re not allowed to grieve.

The kidnapping wasn’t over once my daughter was home. I was jumpy and experienced a bit of depression, and then felt guilty for spending my daughter’s precious time back home being disorganized, scatterbrained, and allowing our home to get messy and cluttered. I felt inadequate and unworthy of being her mom.

Because I was so stressed out and anxious about the incident, I did overreact at a few of my daughter’s outbursts (likely caused by her own stress from the incident).

I could only handle one thing at a time, and was easily overwhelmed.

For the most part, people didn’t know about the incident. That was my choice in protecting my family’s privacy. But the flip side was, people were confused and annoyed by my disorganization and inability to cope with normal deadlines and tasks. Honestly, if I had not been self-employed at the time, I would likely have been fired.

Of the 20 or so people who knew what happened, very few of them gave me grace once my daughter was home. They were understanding when she was kidnapped, but once she was home, I was expected to be back to normal.

Perhaps you’ve been there. If not, I pray that you’ll never be there.

Because this is such a lonely experience, and one that many of us hide, we often go through it alone.

We feel misunderstood. We feel like others will judge our situation – or will judge us for being in the situation.

I’m afraid to tell people. I’m afraid that they will avoid us because our family seems like too much drama, and I wouldn’t even blame them. I’m afraid people will associate my daughter with something that happened to her, rather than the wonderful person that she is – that they will see a pawn in a sick grown-up power game rather than a sweet, loving girl who is going to move mountains one day.

As alone as I felt, the statistics show that I am not alone.

I’m sharing my story today because what we picture as kidnapping needs to change, and hopefully, if you ever witness someone going through this horrific experience you can extend a bit of grace and understanding.