We are doing a mini unit on the Olympics to get ready for the Summer Olympics. I am so excited for the Olympics to begin because there is so much it can teach our kids! Today, we had a family backyard Olympics which was so much fun. 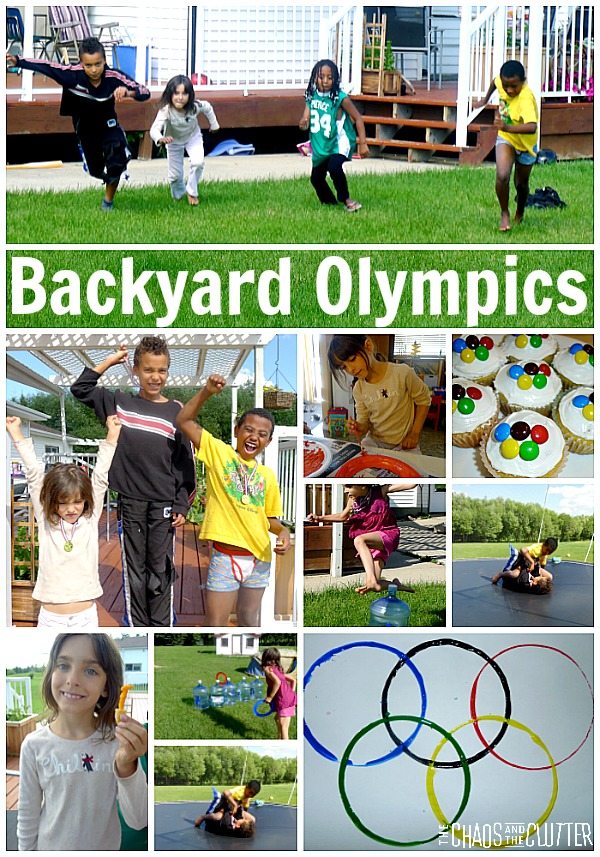 Food. I made gluten free cupcakes iced in vanilla icing and topped with M+Ms to represent the Olympic rings. It doesn’t get much simpler than this! 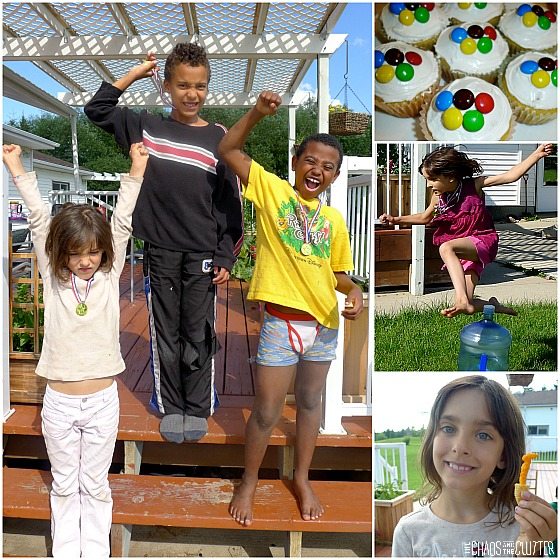 I also served Bugles and Cheezies for the kids to make little torches with. They really liked this. 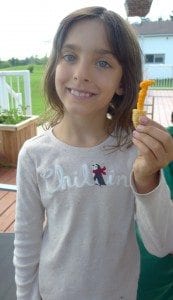 Crafts. We made two easy crafts. Both used really basic supplies and the same paint colours so prep was very easy. 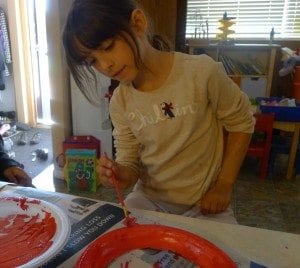 I didn’t get a picture of the finished product of the first one, but the kids each chose one colour to paint a ring. The rings were made by cutting the centre out of a foam plate. When they were done, we had all five Olympic rings which we later used both as a decoration and as our discus! 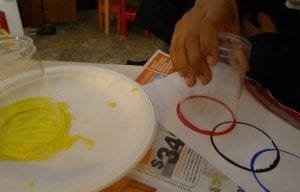 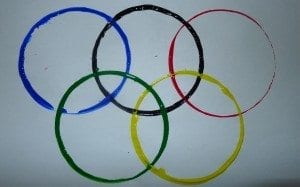 The other Olympic ring craft turned out so well. To make this, just dip plastic cups into the paint colours and press down onto paper.

Backyard Olympics Events. The only materials needed were empty water jugs, the discus rings that we had made earlier out of foam plates and open space. We did use the trampoline for a wrestling event but that could be done on the grass or on a mattress.

The first event was a simple 100 meter (or so) race. All you need is open space for them to run. 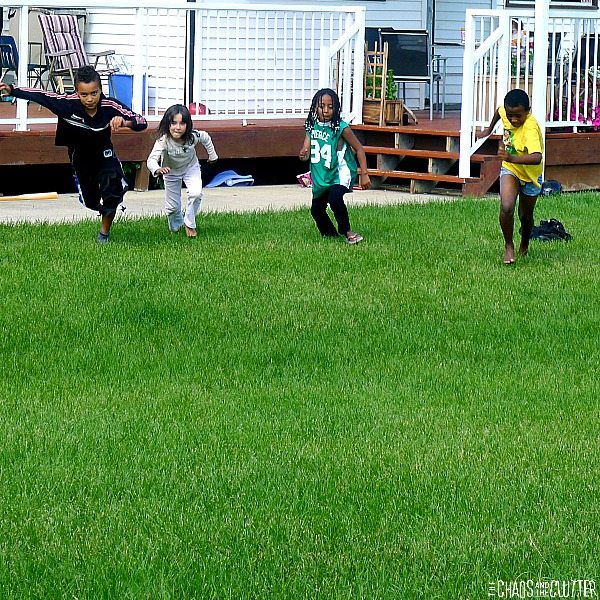 The deck stairs made a perfect podium for all our medal ceremonies! I picked up medals at the dollar store. 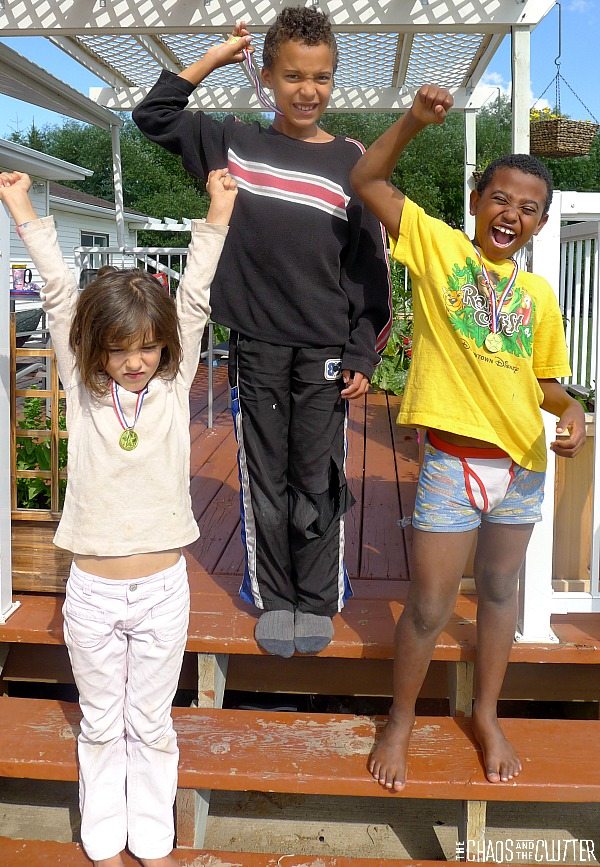 The other events included discus, ring toss (tossing the rings we had made out of foam plates onto large empty water bottles), wrestling (on the trampoline), gymnastics floor routine on the grass (this was the kids’  favourite!), and hurdles (over empty water jugs). 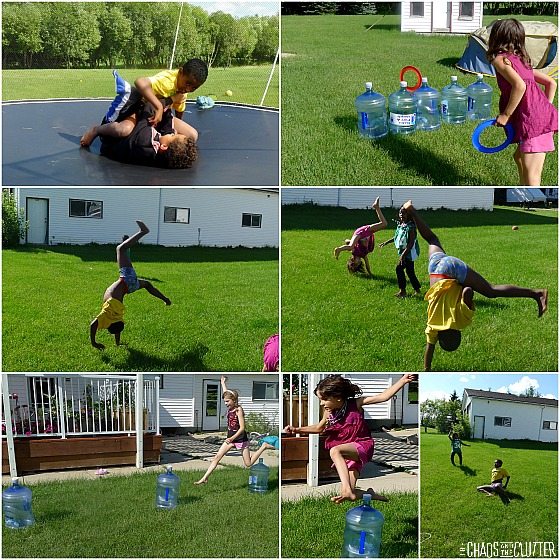 We have more Olympic activities planned in the coming weeks, so stay tuned! For more ideas, you can also check out my Olympics Pinterest board. 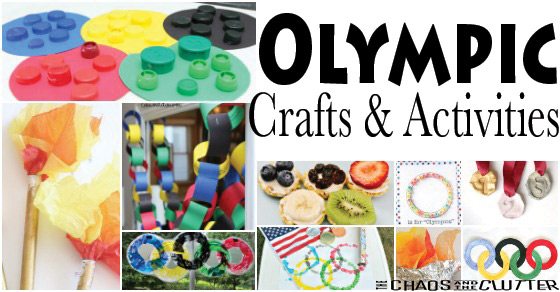