Sensory bins have always been something that I have created for the kids with very little input from them. Once I create them, the kids play with them, but the process of making them has always been something that is mine. Normally, I choose a theme, plan out what I’m going to include, make a list or take notes, go shopping for supplies if I need to, and then assemble the sensory bin. Sometimes in a pinch, I will go over to my sensory supplies cupboards and throw something together but usually, I have a plan. 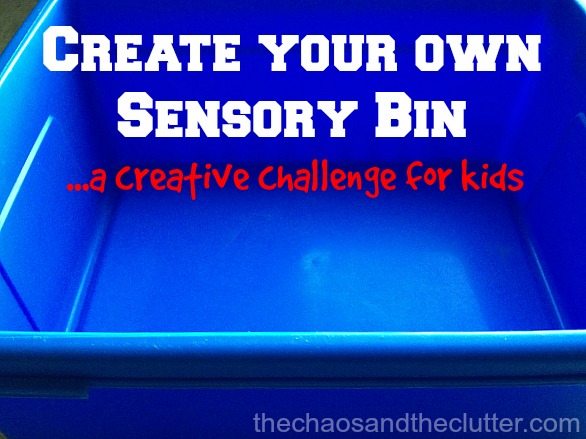 Sarah from Little Bins for Little Hands put out a challenge to set out a bin with white rice and allow our kids to create their own sensory bin without any instruction from us. It sounded like fun and I was really interested to see what my kids would come up with so I took her up on it!

I set out five bins on the table, each filled with a layer of plain white rice. I did give one instruction to the kids which was that they should steer clear of adding anything wet to the bins (we have experienced several times what happens when liquid is added to a sensory bin that has rice as a base and it’s not pretty!).

It was so neat to see not only the kids’ personalities represented in their finished bins, but also to see their sensory preferences. Our older kids who weren’t home at the time the five younger kids made their bins were actually able to later guess whose was whose just based on personality!

The kids know where I keep the sensory supplies and they have been itching to get their hands on the stuff in those drawers! One of the first questions they asked me was if they were allowed to use those items. I say “yes”. The second question they asked was if they were allowed to add food or things they found in the kitchen. I say “yes” to that as well.

They tore off in search of items to add to their bins. It was clear from the beginning that some had a clear plan while others were just adding what felt good to them or what they saw their siblings add to theirs! 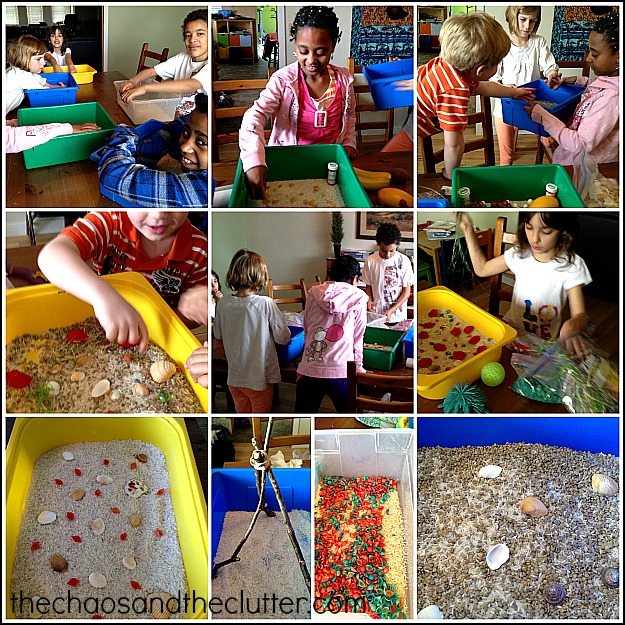 I have to be 100% honest and say that it was painful for me to watch some of this process. It was painful to watch certain things get mixed together when I knew there would be no hope of separating them again and it was painful sometimes not to offer instruction or give suggestions. I was sometimes cringing when I saw what they were adding, so this was as much a learning exercise for me as it is for them.

Here are the kids and their completed sensory bins:

Miss Optimism chose to add Kidfetti to the rice as a base. It’s interesting because the Kidfetti has a very similar feel to the rice. It’s smooth and soft. She initially added some glass stones and sea shells to create a beach scene, but in the end, she ended up taking all of those out because she preferred the feel of her bin without them. Later that day, she hid a coin in the bin and made a game out of having the other kids retrieve it. 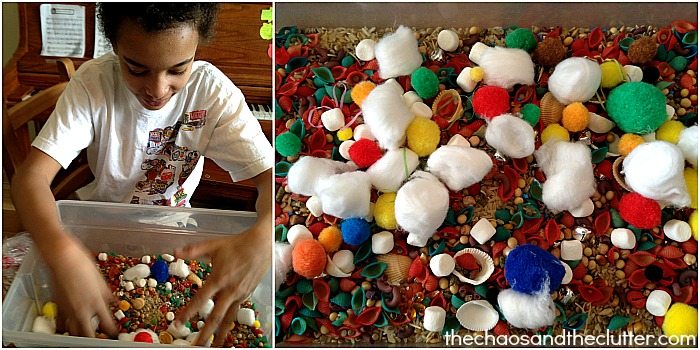 Einstein added anything he could get his hands on and just loved the feel of all the different textures. MORE is MORE apparently for Einstein! He added Kidfetti, dried lentils, dried chickpeas, birdseed, dried beans, mini marshmallows, dyed pasta shells and macaroni, pompoms, jingle bells, cotton balls, shells, Easter grass, and ribbon. He pretty much used every sensory bin filler that I had! 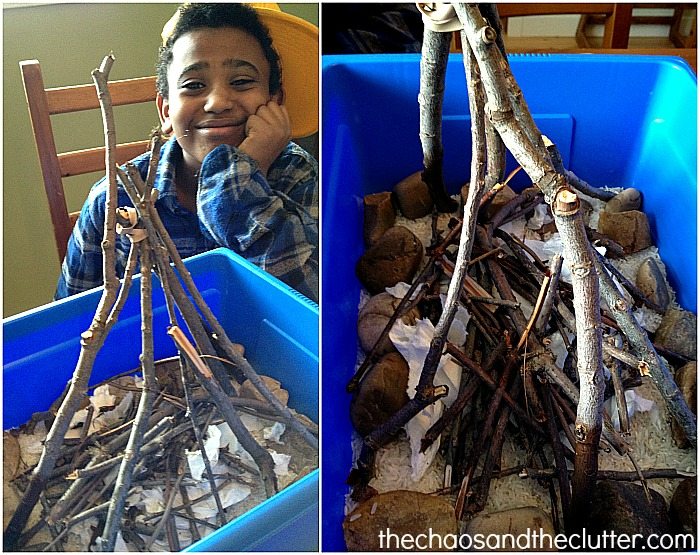 Snuggle Puppy headed straight outside to gather items for his bin. He had a plan from the beginning and his bin was less about sensory and more about story. He told me to tell my “people that read your blog” that the title of this is “Mommy’s first time camping”. He is obviously excited that I am going to be coming camping for the first time in his life this upcoming summer. He used sticks, twigs, shredded paper, and rocks to create a campfire scene. 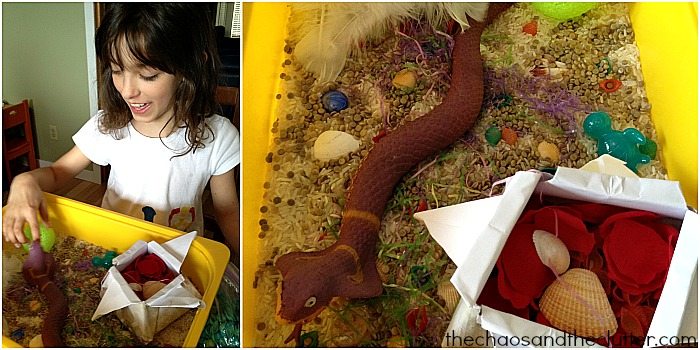 Granola Girl started with a very organized bin that can best be described as minimalist but as the time passed, she began to be influenced by her siblings and add some of the things they were adding. She used Kidfetti, an origami box, silk flower petals, seashells, shaped ice cubes, feathers, Easter grass, dyed pasta shells, a ball, a stretchy frog, and a squishy snake. 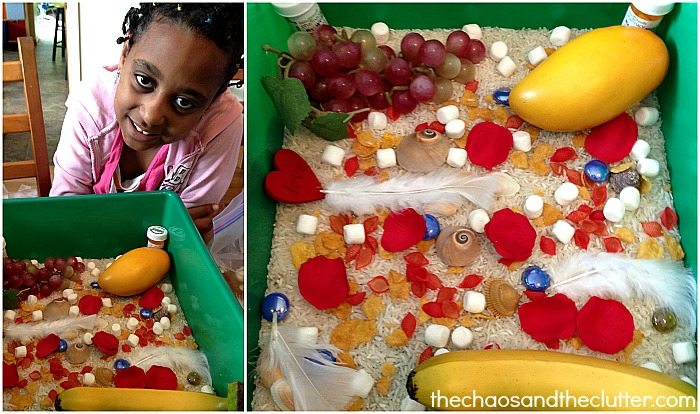 Dancing Queen’s sensory bin had a distinctive theme of food. She used both real and pretend food. She added corn flakes, mini marshmallows, glass beads, feathers, shells, a wooden heart, flower petals, her pill bottles, and a pretend mango (her favourite fruit), bananas and grapes. She also threw in some red dyed pasta.

If you are interested to see how other kids reacted to this sensory bin challenge, there are a number of blogs who are sharing their experiences with this. 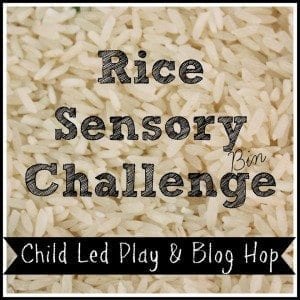 P is for Preschooler


If you are looking for other sensory play activities, you may be interested in following my Sensory Bins Board on Pinterest.

Check out my book on Sensory Bins! It is fantastic!