Science can be fun and it doesn’t have to be complicated. This simple experiment allowed me to introduce several new science concepts to the kids. 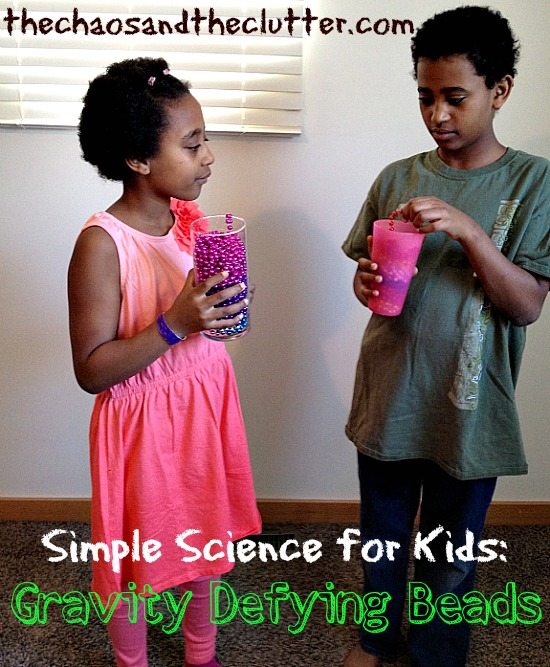 For this experiment, you only need 2 items: a container (we tried using a glass container and a tall plastic cup and we preferred the glass container as it made more noise which contributed to the fun factor!) and a long string of plastic beads or a beaded garland. You can achieve this by using beaded necklaces (I bought mine at the dollar store) and cutting them once to form a single strand and then tying them together to create a long strand.

Put a piece of tape on each end of your beads. I used clear packing tape but I’m sure that any type of tape would be fine. 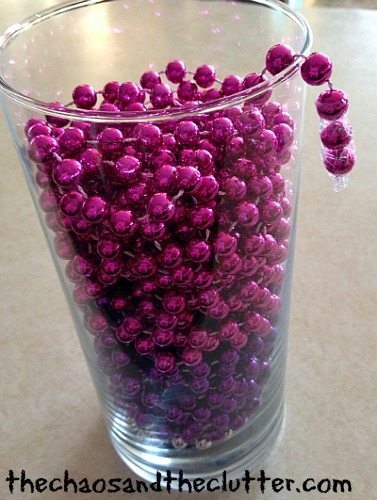 The experiment is so simple. Place the strand of beads into the container, ensuring that it doesn’t get tangled, hold it up and give the end of the strand a slight tug, causing the strand to begin falling. Before long, instead of falling straight down, you will see the beads begin to arch upwards. It is so cool! 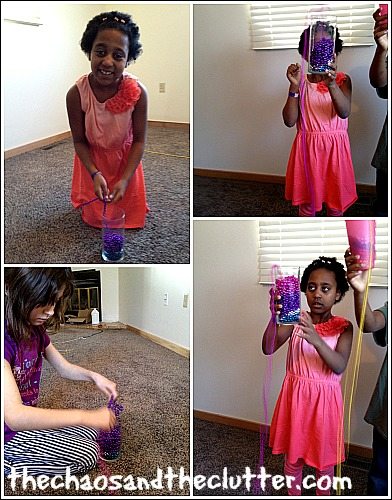 I also used this experiment to talk to my kids about momentum. To give a further demonstration of momentum, I had them begin running and then suddenly told them to stop so that they could see that their body continued to propel forward. They found this to be quite a fun demonstration as well!

This video shows our gravity defying bead experiment. First, Snuggle Puppy is holding the container and then Granola Girl (who has a really funny reaction to watching the beads go higher and higher!). I’ve also put Granola Girl’s in slow motion to better show how it works.

If you are interested in other easy hands-on science activities, you may want to follow my Simple Science board on Pinterest or check out our other simple science for kids ideas.