A few weeks ago, we made turkeys out of mini pumpkins but last week when I wanted to do some simpler Thanksgiving crafts to focus on thankfulness, I chose simpler paper projects. I wanted the kids to be thinking more about the concept of gratitude than about a complicated craft. 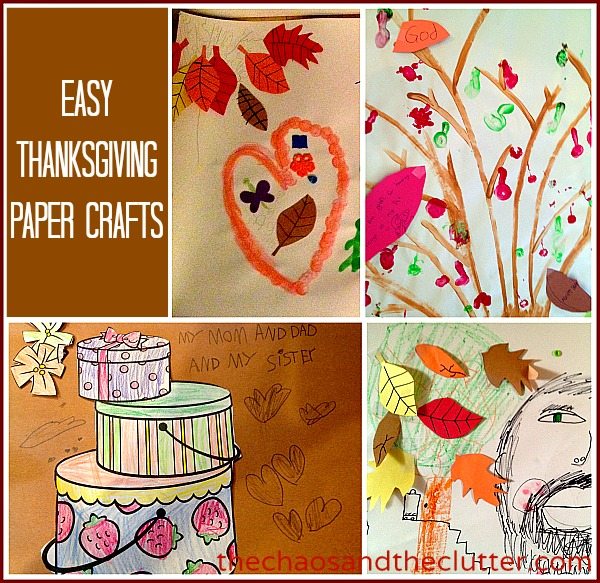 The kids had enjoyed making a large piece of artwork with a long paper on the wall the week before so the first project was just an extension of that. We used two large papers and let the kids draw and write out what they are thankful for. 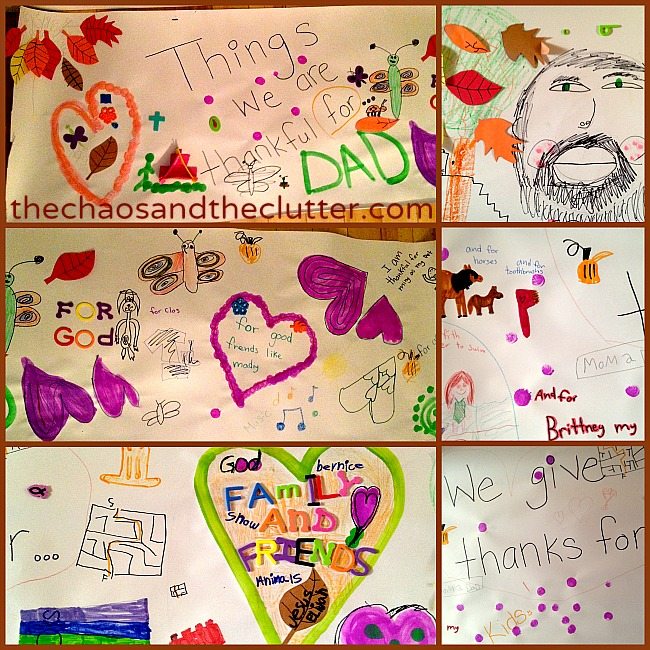 It was very open-ended so they added leaves they made out of paper, string, foam stickers, and paper folding. They used bingo dabbers, crayons, pens, pencil crayons, and markers to add their personal touches.

We still had our Apple Print Tree up on the wall so the kids wrote out some of the things they were thankful for on leaves they cut from paper and taped them to the tree. 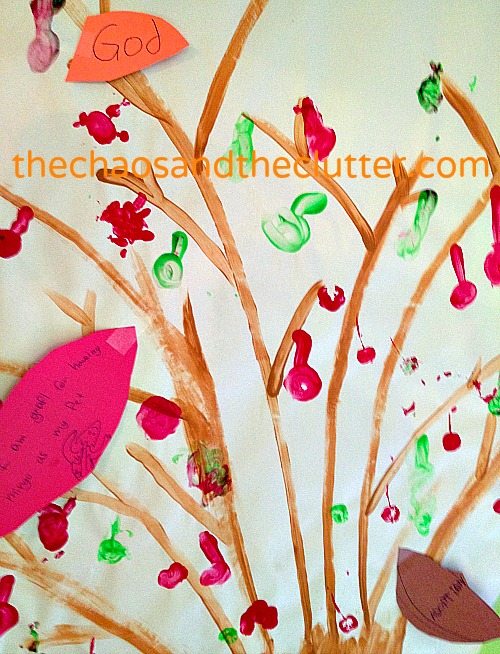 The last simple activity we made was to cut out things that the girls had coloured in from coloring books and attach them to paper using raised double sided tape. The kids then wrote on the paper what they were thankful for. 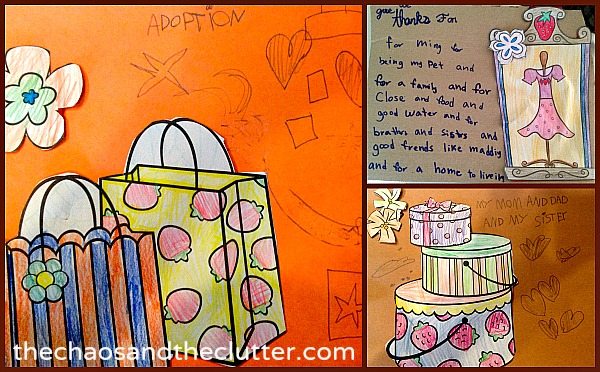