I find that it is often the simplest things that can change the mood of a day. I try to remember to change things up when the kids are having a grouchy day. It never fails to turn things around. This is one simple idea for resetting a day that got off on the wrong foot. 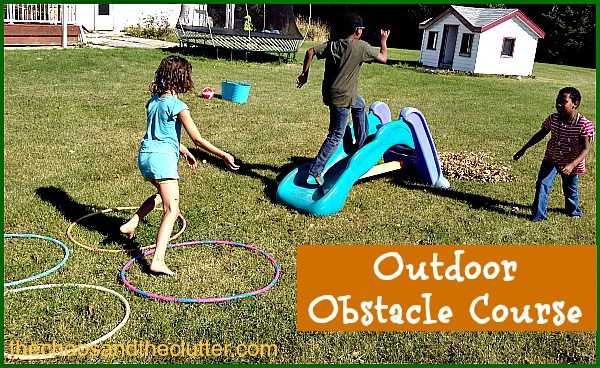 I set up a simple backyard obstacle course for the kids using what we had around. I got the kids to rake leaves so that I could make a big pile of leaves for them to jump into at the end. I used branches to create a narrow pathway, set up chairs, a slide, hula hoops, a log and a longboard for them to hop over, two balls for them to kick, and I used what was already set up (the climbing wall and the merry-go-round) as part of the course as well. 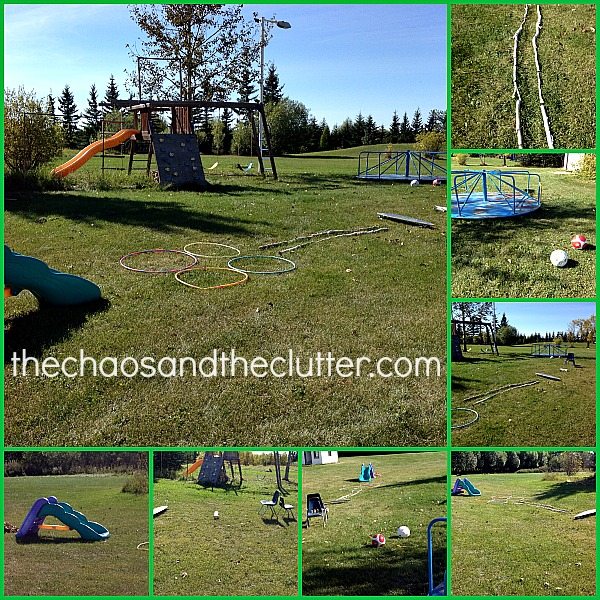 The kids had to go up the climbing wall and down the stairs on the other side, over to the merry-go-round where they had to go around 5 times, then kick one of the soccer balls, up and over the two back to back chairs, a two footed hop over the log and then over the longboard, through the narrow path between the laid out branches, one foot in each hula hoop to run through, up the slide, and jump off into the pile of leaves. They then had to retrieve the soccer ball and replace it for the next person. Jumping in the leaves was their favourite part! 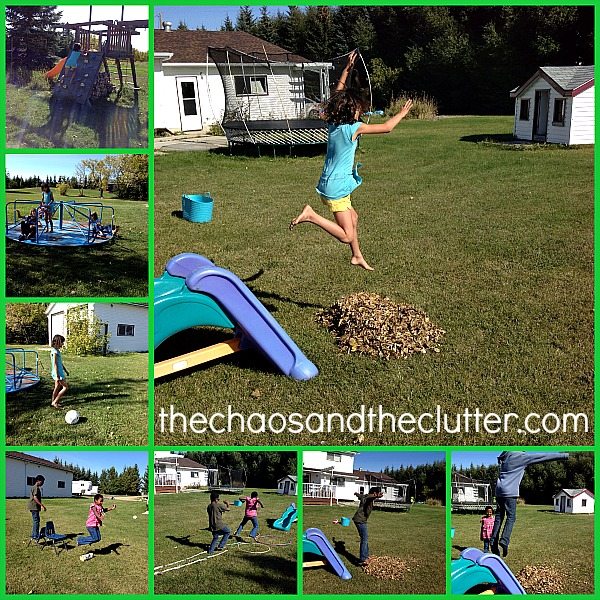 The kids loved the obstacle course! I thought they would each run through it a few times and then move on to something else but they came up with ways to challenge themselves with it and it kept them busy out there for over an hour! They came back to it later in the day and played on it again for several rounds.

I like to encourage the kids in any way I can to spend time outside and to stay fit. Sometimes just adding a new activity can make being outside more appealing. We’ve done obstacle courses before including one at Snuggle Puppy’s army themed birthday party and the kids always enjoy them. Using some of the fall things available to me such as leaves and branches made this one even easier to make.