What if I told you that there is one change you could make to your parenting that could potentially make everything easier for your child? I’m guessing that you might be willing to give it a try even if it didn’t sound like all that much fun or if it went outside of your comfort zone. 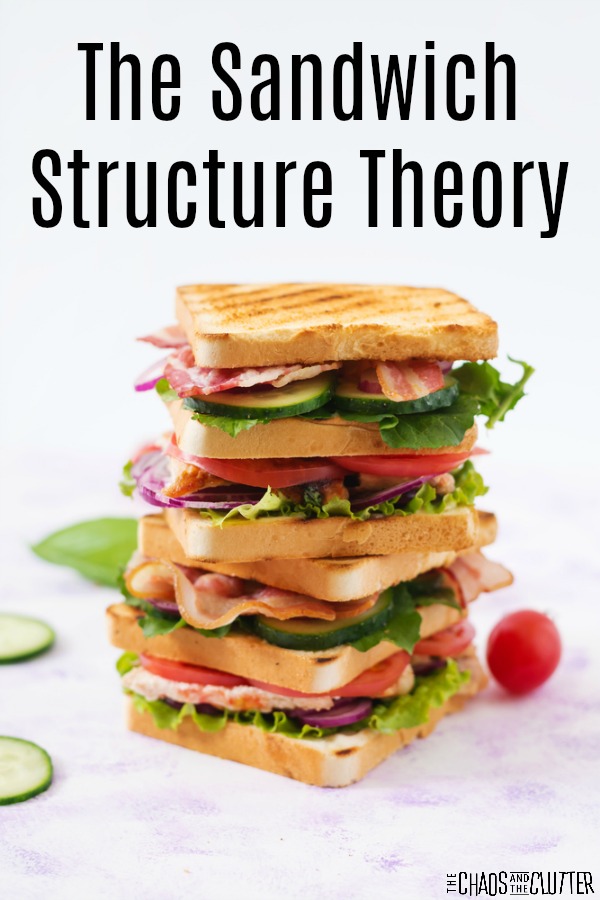 Sometimes the way we want to do things may not be what’s best for our child. That’s a hard realization to come to. When it first hit me that part of my parenting style was not what my child needed, it was hard to accept. Yes, it was hard because I felt guilty for not having met my child’s needs, but I’m going to be honest here and admit that that wasn’t the hardest part. The real hard part was that it meant that I was going to have to change. And change is hard.

You see, I was this fly-by-the-seat-of-my-pants kind of gal when it came to our days. I find schedules confining. While I’m a planner in most things, when it came to doing things with the kids, I was super flexible and we just kind of did whatever we felt like when we felt like it.

I was pretty strict with the whole bedtime thing because I coveted those nice, quiet evenings, but during the day, there was no set routine. We were homeschooling, so we got up when we wanted to get up, went on whatever field trips sounded interesting, ate lunch when it worked best that particular day, went to the park if it was nice outside, stayed in if it wasn’t, made crafts if the fancy struck us, read, watched TV, ran errands, sometimes threw some learning time in there. Essentially, we did what we wanted to when we wanted to.

(Of course, I’m only talking about our time. I don’t mean that our kids didn’t have rules and chores and all that good stuff. I’m just trying to paint the picture that no two days looked alike and I had no real plan. And that’s the way I liked it.)

We were basically unschoolers and while there is certainly nothing wrong with that, there came a point where that stopped working for us because…we had more kids. It wasn’t the “more” that was the issue. It was that with our older two kids, having no structure worked. They could function within that. Our subsequent kids needed structure.

It became more and more evident to me that this whole unstructured non-routine-routine was not what they needed. It may partially have been due to their personalities, but it was for sure mostly to do with their special needs and how important routine and predictability are for kids on the autism spectrum or who have FASD or ADHD or SPD etc.

I needed to take an honest look at their needs and realize that I was falling short on meeting them. Gulp. I was unintentionally hurting my kids by my lack of structure. I resisted change at first. I hoped there was another solution. But the more I watched my kids’ reactions, the more I realized what I had to do.

My kids needed routine. Maybe you’re at a point where you realize that your child does too.

Studies have proven that kids with family routines are more advanced socially and emotionally. They also help with executive functioning which is so important for success.

One of the things that reportedly causes children the most anxiety is the fear of the unknown. By creating a predictably routine to give them a solid foundation in their day, they can better handle the changes that come their way.

Even if you aren’t excited by the thought of having things more scheduled, it doesn’t have to be constricting.

I knew that it wouldn’t work to put ourselves on a strict schedule. It’s just not who we are. But we needed to find a solution. That’s how I came up with the Sandwich Structure Theory. If you’re not a planner, organizer, in the box person, you can still meet your child’s need for predictability using this method. 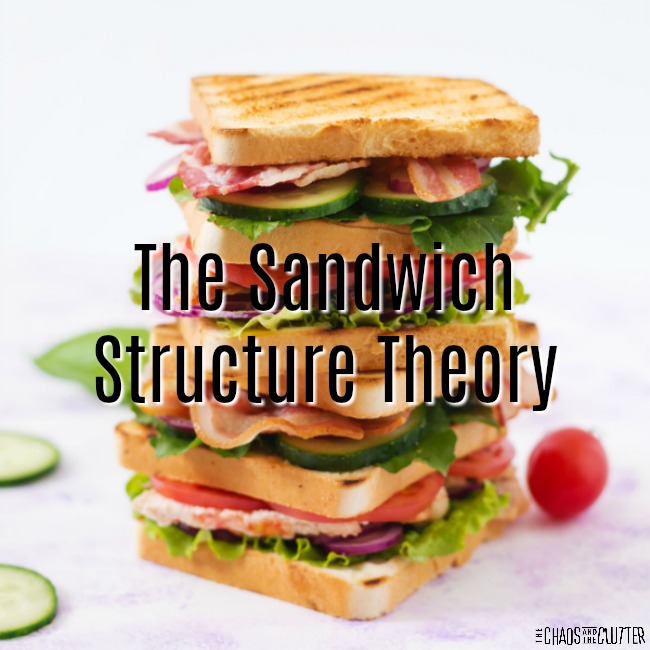 Think of it like a triple layer sandwich. You need the bread (structure) on top, in the middle, and on the bottom. That’s what holds the sandwich together. But the beautiful thing about doing it this way is that you can fill the sandwich with whatever you want in between the layers.

That means that if you have a strong morning routine (the top bread), a plan for after school to prevent those after school meltdowns (the middle bread), and a consistent bedtime routine (the bottom bread), you change up the in betweens (sandwich fillings) and your child will be better able to cope with those changes.

By creating consistency, you create a feeling of safety for your child so that they can thrive. Being able to predict what’s coming reduces anxiety. They can function better in those unpredictable moments if they know that the main structure is solid. So if there’s a change in their school day, knowing that when they get home, that first half hour is always the same allows them to accept those other changes more easily.

Of course, some children, particularly those with special needs, require more routine than just the “bread”. For those kids, I suggest using tools such as a visual schedule. I think of those types of tools as like the mayo of a sandwich. Some people just have to have mayo on every sandwich no matter what!

And if your child needs another “piece of bread” such as always having lunchtime or naptime (for younger kids) at exactly the same time, it’s easy to add that in.

So that’s basically it. My Sandwich Structure Theory is that you create some predictable parameters in the day that never change which then allows you and your child more freedom because other things in between those times can be more loosy-goosy and the structure will still create that felt safety. 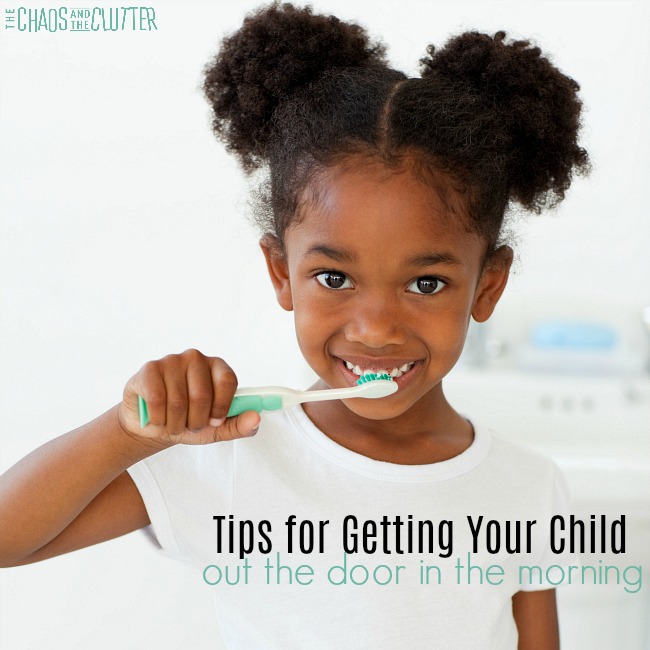 Ways to Use a Visual Schedule 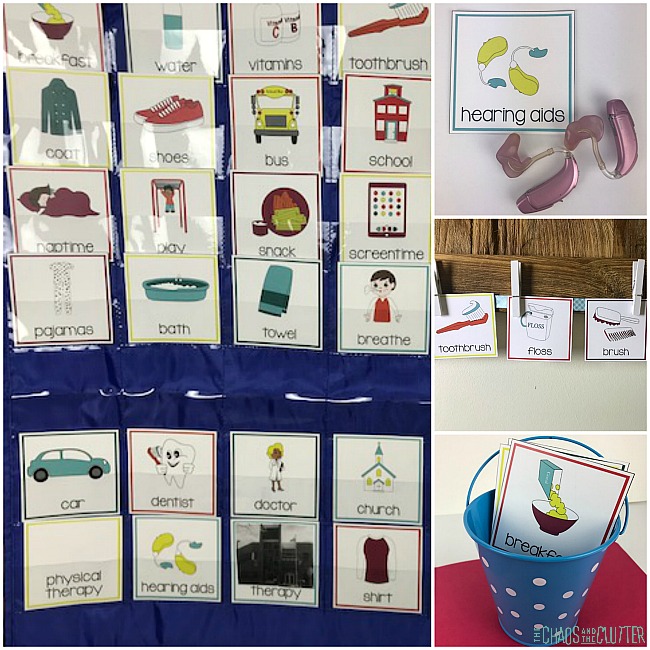 The After School Meltdown Strategy 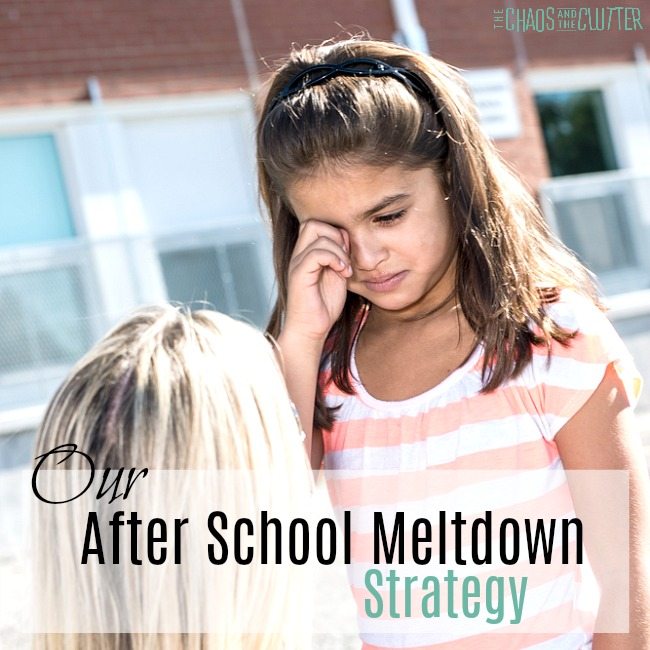