I am always looking to find that balance between helping other families and protecting the privacy of my kids. In this case, I happen to have two sons who are the same age which provides a small layer of anonymity since there is a 50/50 chance I’m talking about the other one! In the vein of putting my kids’ first, I am also going to gloss over some details. If you are, or have ever been, the mother of a 12 year old child, I assume that you will be able to read between the lines somewhat! 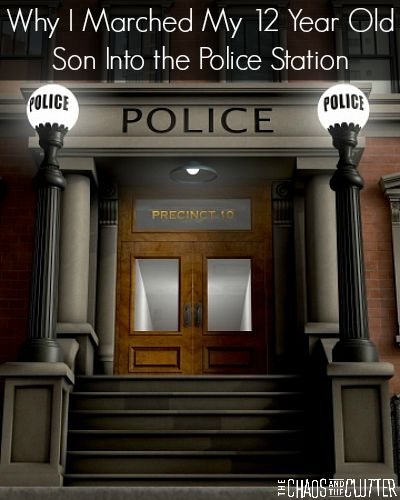 It was a Tuesday. He was having a day where he was attempting to assert his independence more boldly than usual. For a 12 year old boy, trying to find the edges of those lines is not uncommon.

On this particular day, we had an appointment for his sister that we were running late for. He didn’t want to come, but I was going to be gone most of the day and him staying home was not an option. Things went rather downhill from there.

There were refusals; there were words. We were very late for the appointment. It was downtown in the city nearest to us.

Following the appointment, there was a 20 minute standoff in a parking lot because he refused to put his seatbelt on and I refused to drive without him buckled in. Eventually, he let out a big sigh and I heard the click.

Just a few short blocks from there in heavy traffic, the kind that you only see in cities in rush hour or anytime in construction season (where we live, anytime there isn’t snow on the ground is construction season), there was almost an accident in front of me and I had to slam down hard on the brakes.

Unbeknownst to me, this same son of mine had unbuckled his seat belt the minute I had taken my eyes off of him. Unrestrained, he flew forward and hit the seat in front of him with such force that the following day, he had a large scrape and bump on the upper bridge of his nose.

I explained again the importance of his wearing his seatbelt and pointed out that not only was he risking his own life, he was also endangering others because if we were to be in an accident, he could essentially become a projectile, a potential problem especially for the brother seated directly in front of him.

I try to be a “yes” mom. I choose my battles. I know better than to lock horns over trivial things. I know a molehill and I know a mountain. This was a mountain.

I calmly explained to him that not wearing a seatbelt was against the law and that if he took it off again, I was going to have to involve the police. He took me up on my offer.

I had five kids with me and a list of errands that had to be done a page long and we had company coming over for supper that evening and I knew the house was still a mess. Since we were already running behind because of being so late for that first appointment and the 20 minute seat-belt-standoff in that parking lot, I didn’t have time for an extra stop that day. I did not WANT to turn around and drive to the police station. But I did.

When we arrived, said son did not want to get out of the van to go in. I stated that it was his choice but that either way, I was going to go in and ask for an officer to speak to him. I suggested that if an officer had to come out to the parking lot to talk to him because of his refusal to go in, they might be more frustrated. He chose to come in.

I think all of my kids were shocked that I was following through with my threat. When we got inside and took a number, reality set in for him and he started begging me not to go through with it.

“Mommy, I’ll wear my seatbelt. I promise. We can leave now.”

There were 5 people in front of us so it was a substantial wait, but I stood my ground. When our number was called, I walked up (I was shaking inside and super nervous but tried not to let the kids see that) and apologized for coming in for something that was wasting their valuable time. I explained that my 12 year old son refuses to wear his seatbelt and that it is unsafe for me to drive with the distraction of having to check his seatbelt status every few minutes, not to mention that it is illegal and risks his life.

There was a bit of a process, but eventually an officer came out to speak with him. She told him that she had been to car accidents where those who were wearing seatbelts walked away and the one who wasn’t was thrown from the vehicle and died at the scene. She explained that if she were the officer to pull us over because he wasn’t wearing a seatbelt, she would have to issue me a ticket but she would expect for him to have to pay it. She also said that the next time he takes his seatbelt off while I’m driving, she suggests that I should pull over and make him walk home.

He was embarrassed and unbelievably angry with me, but he has worn his seatbelt without a word of protest since.

So why did I march my 12 year old into the police station for something that some would say is not that big of a deal? 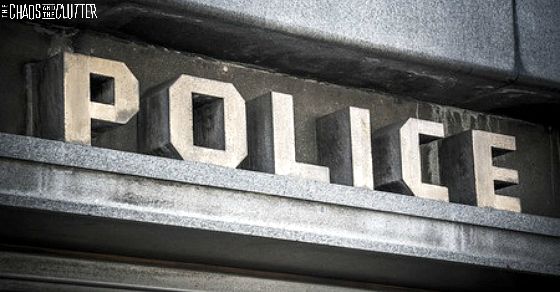 It’s very simple. A seatbelt can make the difference between living and dying and if my son isn’t going to listen to me on a life and death issue, I’m going to make darn sure that he understands that there are consequences to that.

Because the next time I’m trying to talk to my son about something that is a life and death issue, it may be about drugs or about drinking and driving or about gangs and I want him to know that I am serious.

But my biggest reason is this: I want him to know that his life is valuable to me. It might not be valuable to him at the moment (whether that is because of his trauma related issues or because he is young and he thinks he’s invincible because his frontal lobe hasn’t fully developed), but I need him to know that it matters to me.

If you are looking for more parenting thoughts or truths, you may be interested in following my Parenting board on Pinterest or signing up for my email newsletter.