Adoptive families know the drill. Before you go out in public with your kids, you have to mentally prepare yourself for the onslaught of questions. I’ve found that as my kids have gotten older, the comments and inquisitions have become less frequent thankfully, but they still happen. From the well-meaning to the outright rude, adoptive parents have heard it all. 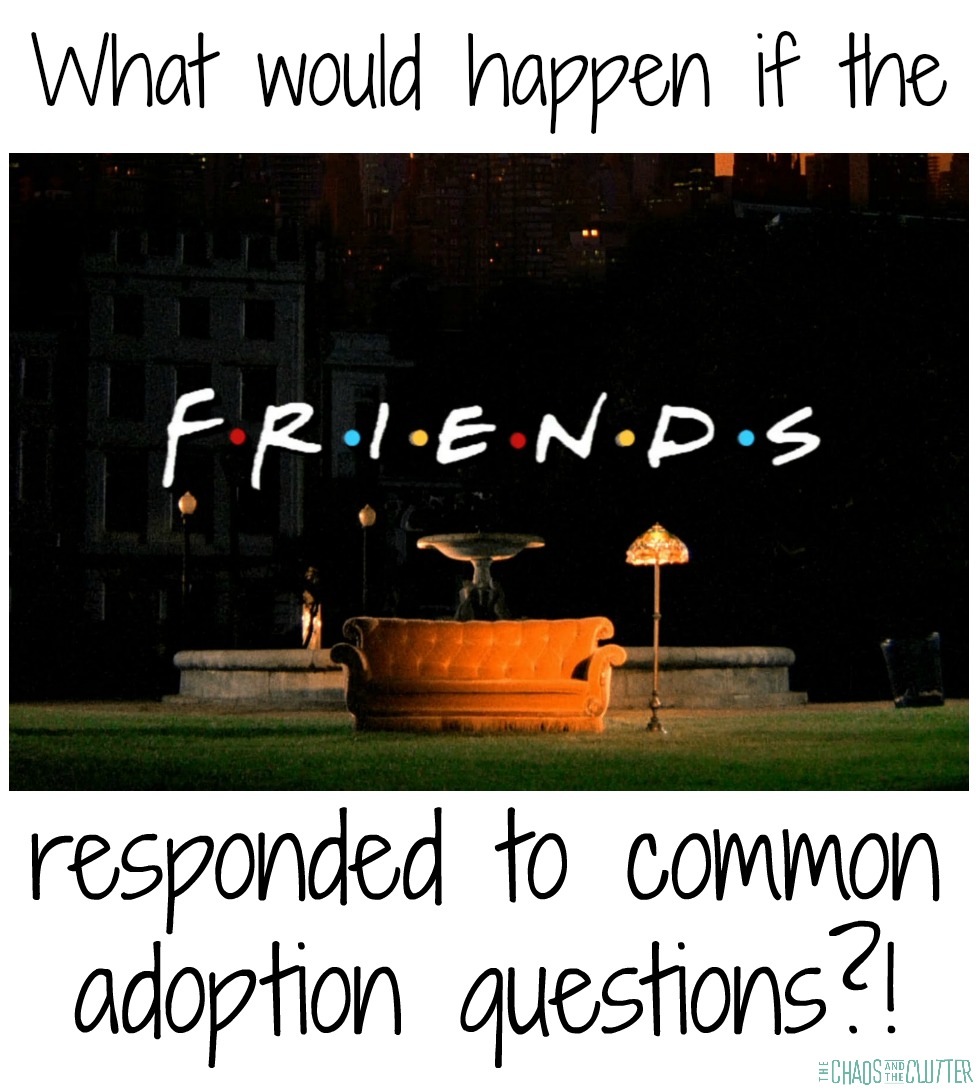 Since I’ve been writing about such heavy topics lately like the Fight, Flight or Freeze Response in Children, Reactive Attachment Disorder, Sensory Meltdowns, and Secondary Trauma in Adoptive Moms, I thought I would lighten things up today with something designed to give you a laugh.

If the Friends were asked these common adoption questions, I imagine their responses would go something like this:

“Where did you get that baby?”

“What happened to his real mom?”

“Can’t you have your own children?”

“My sister’s cousin’s neighbour’s friend adopted and that child burned their house down. Aren’t you scared about things like that?”

“We adopted our dog and she used to be abused so I know EXACTLY what you’re going through.”

“Did you know they were going to be a different colour?”

“We sponsor a kid in Africa so I totally get it.”

“Do they know they’re adopted?” (said right in front of the child!)

“Do you love her the same as your real kids?”

“We’re an adoptive family too.”

Disclaimer: This is just meant to add some humour, not offend. While these are just meant to add some light to this, I know that most people who ask questions of adoptive families mean well and are either curious or are perhaps even interested in adoption themselves. I have written a few things in all seriousness about this topic as well, so if you are genuinely interested in how to respond to the questions, you can check these out:

How to Answer the Rude Questions 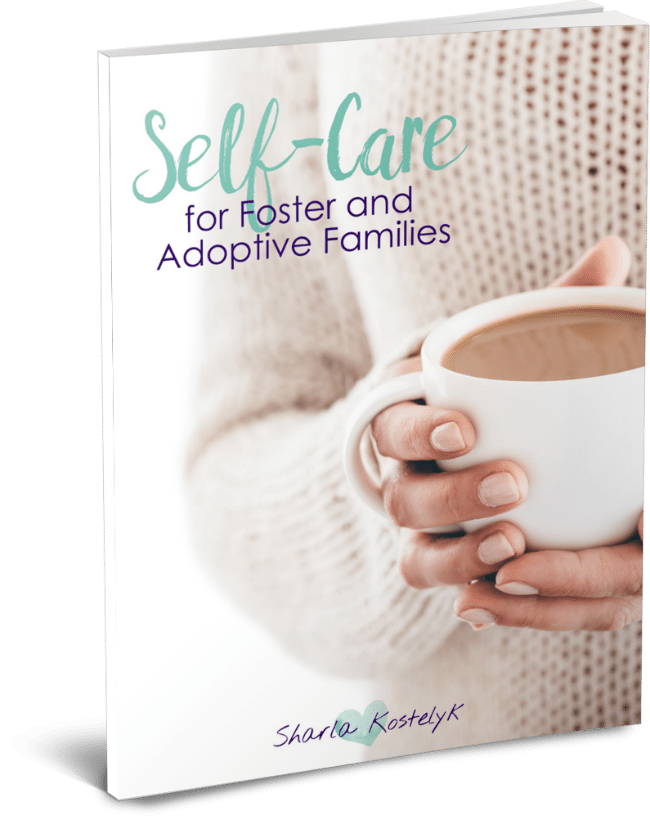 Self-Care for Foster and Adoptive Families 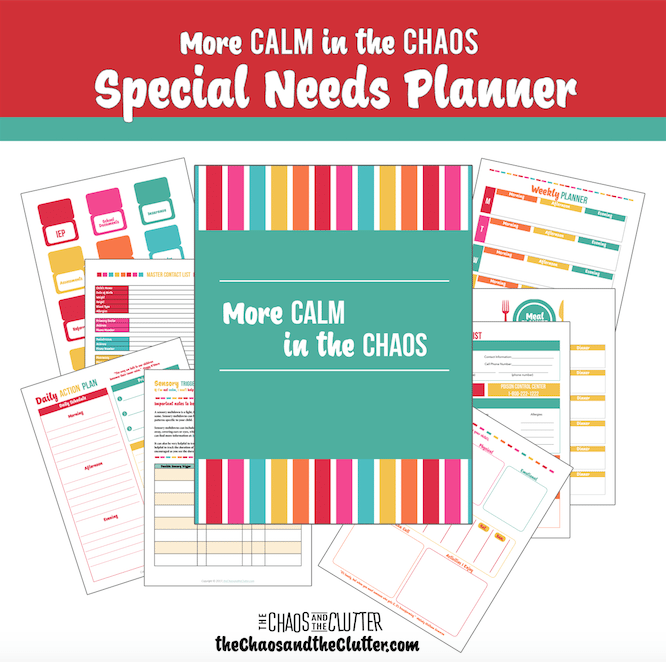