Any excuse is a good excuse to make slime (according to my girls anyway!). With the leaves changing, I guess it’s time for Hallowe’en Slime! 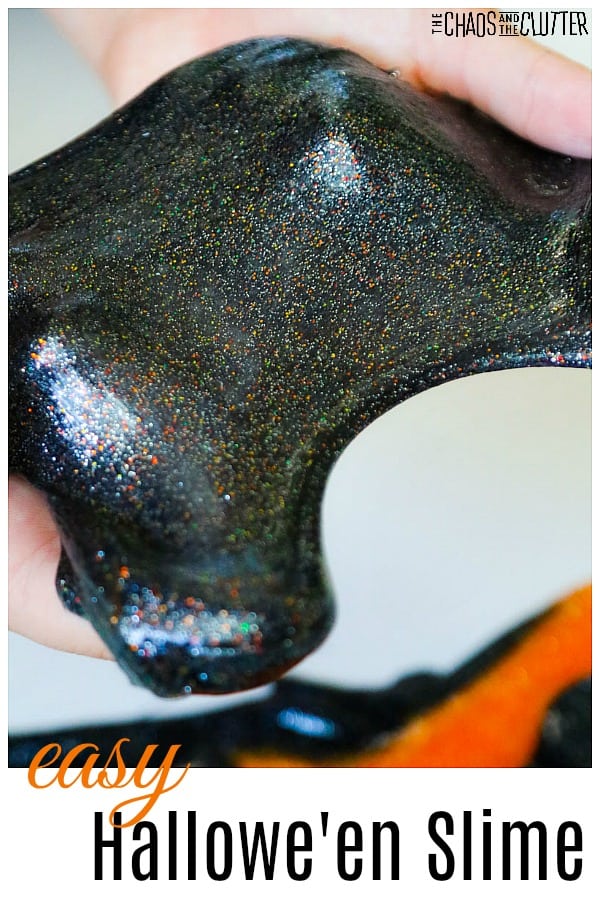 The thing that makes this particular slime so simple is the glitter glue. You don’t have to mess with food colouring or paint or glitter because the glitter and colours are already in the glue. Super easy!

In one bowl, slowly mix the black glitter glue with about half of the liquid starch. Add 1 Tbsp. at a time and continue to mix. You’ll know you have the right amount of liquid starch when the mixture starts to pull away from the sides of the bowl and form a clump. 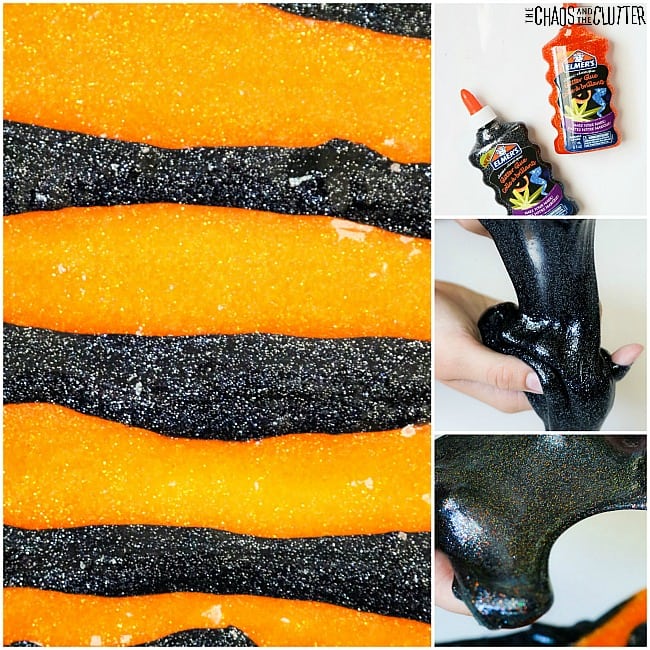 Take out the mixture and knead by hand about five minutes, pulling, stretching, and pushing it until slime consistency is formed and it’s no longer sticking to your hands.

In another bowl, repeat the exact same process using the orange glitter glue.

Once both mixtures are slime-like, you can make alternate strips of each colour to create a really cool look. 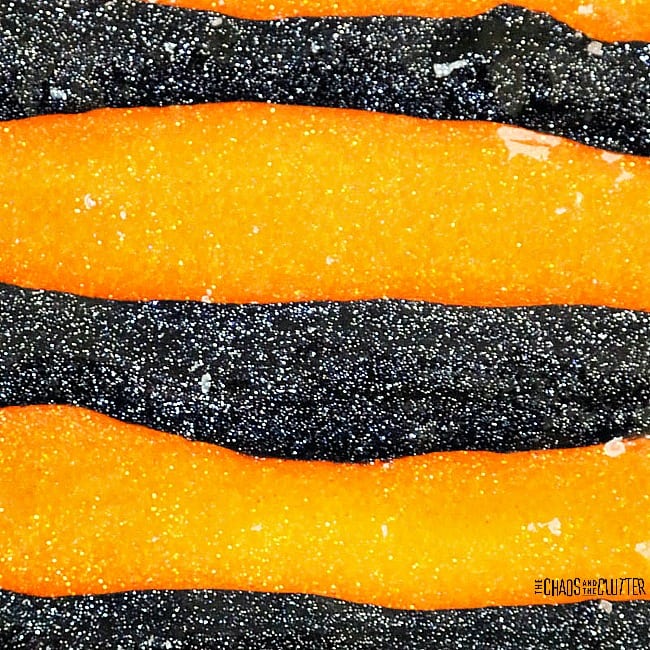 Please be aware that once you start to play with the colours together, they will mix and a black slime with orange and black glitter will form.

This slime will also look like it fits in with the season as the orange will still be visible in the glitter.

Homemade slime tip: When I make slime, I like to use wide craft sticks rather than spoons when I stir. That way, I don’t have to wash glue off the spoons later!

This Hallowe’en slime recipe is fun to play with and would make such cute favours to hand out at a party or at the door to little Trick or Treaters. You can buy small plastic containers with lids to hand this slime out in.

If you’re using it for play at home or at school, store it in an airtight plastic or glass container or resealable plastic bag.

Check out some of our other Hallowe’en slime ideas: 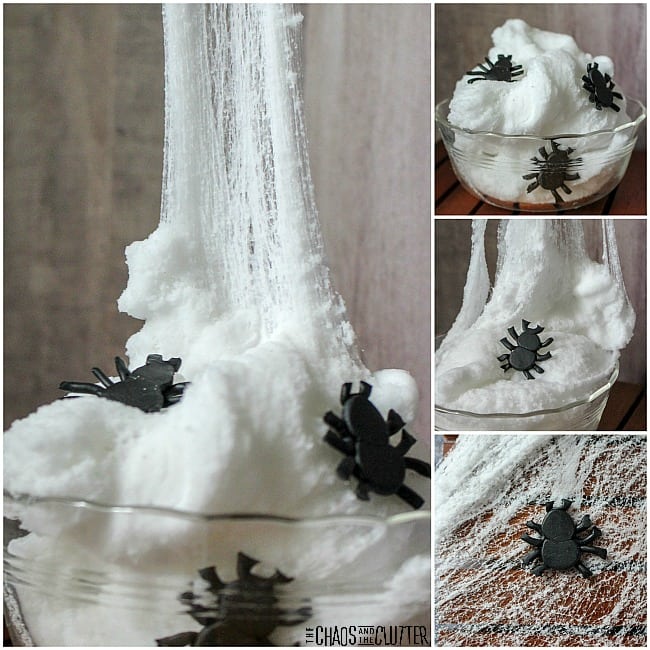 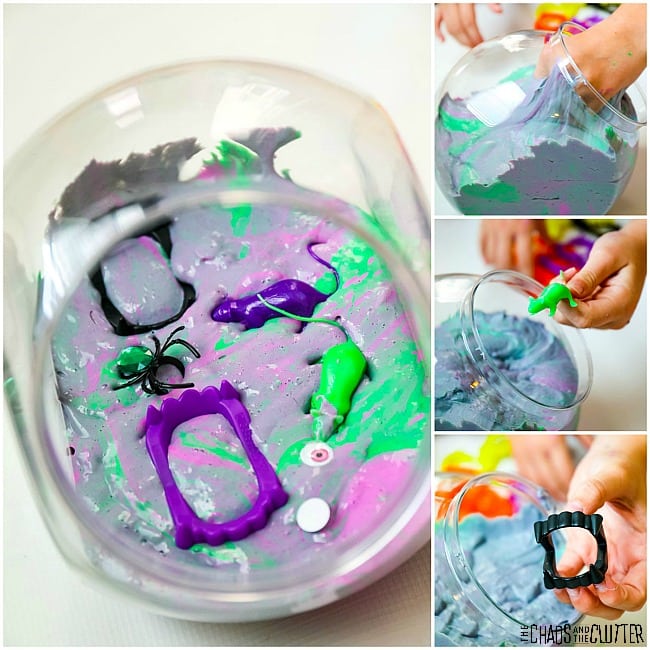