I have been busy making activity bags (also known as busy bags ironically!) for Dancing Queen and one of the things I decided to make for her were sensory balls. Making your own stress ball or sensory ball is easy to do and so inexpensive. Now that I know how easy these are to make, I keep some in the van, one in my purse, one in each of the kids’ backpacks, one in each of the calm down kits, and some in almost every room of the house. 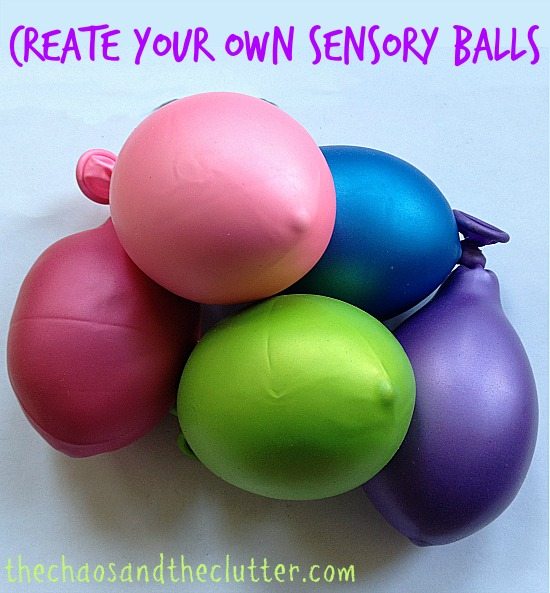 How to make a stress ball:


The first time I made sensory balls, I filled balloons with homemade playdough. I didn’t bother to add scent or food colouring because once it was inside the “ball”, it wouldn’t be seen or smelled. 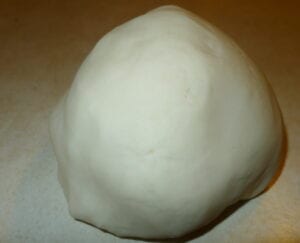 The next step seemed easy enough…stuff some of the playdough into a balloon. This was much easier said than done!!! I tried holding the balloon open with my fingers and shoving it in with the other hand. I tried holding it open with the fingers from two hands while having one of my girls shove playdough in and that resulted in little cuts on my fingers from her nails.

At this point, I still did not have one full stress ball! I then came up with the idea to insert a coupler (cake decorating tool) into the top of the balloon and make skinny snakes with the playdough and get them in that way. It was still tedious, but it was much easier than the other methods I had tried. 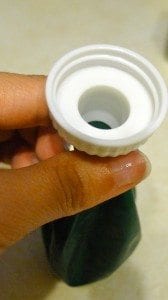 After making about five of these playdough filled balloons, I began to think that there must be an easier way to make these sensory balls. I did a google search and read about filling them with flour. I made a funnel out of paper and quickly filled five balloons with flour. 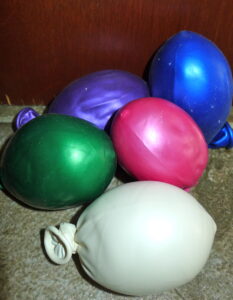 *note: use the helium quality balloons for best results

Update: We’ve made these using just flour another half a dozen times or so over the past few years. They sometimes last for many months at a time. You can use permanent marker to draw a face on them or write the name of the child it belongs to. Remind kids not to bite them as they will break if bitten hard enough.

We take our sensory balls with us everywhere. The kids each have one in their backpacks. I have one in my purse for waiting rooms or in the van. Our kids also include them in their anti-anxiety kit and we have one in our sensory room.

Important note: Balloons present a choking hazard and a mouthful of flour isn’t very fun either, so only use these if you know your child won’t be putting it in their mouth and always provide supervision. If you have a child who always needs to put things in their mouth, give them an alternative sensory item for chewing.

For sensory information and resources for the home or classroom, check out Sensory Processing Explained: A Handbook for Parents and Educators. 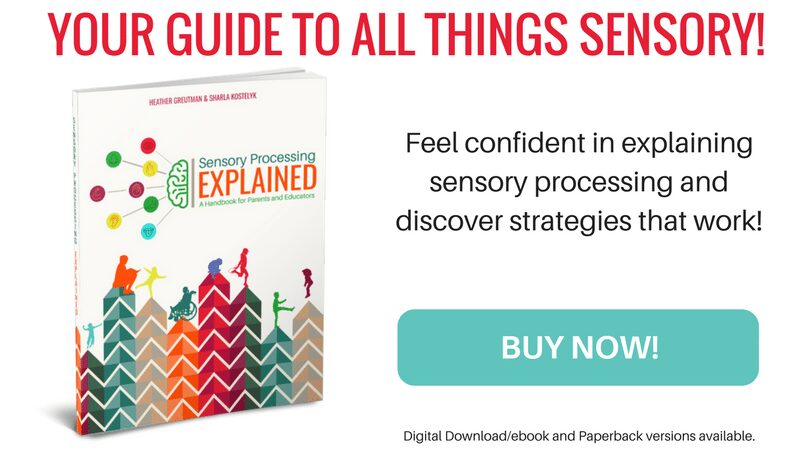 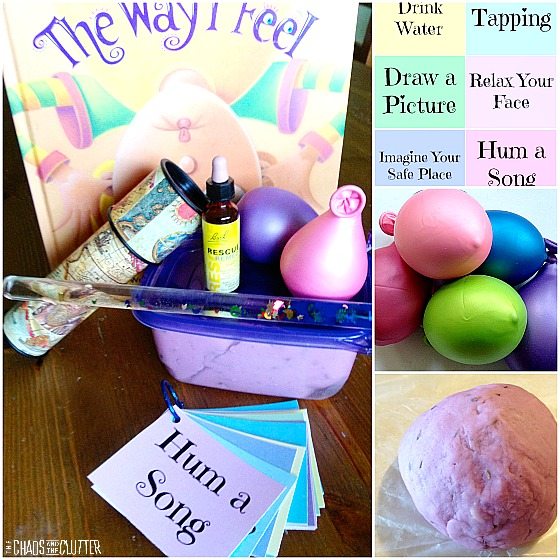 Create Your Own Anti-Anxiety Kit 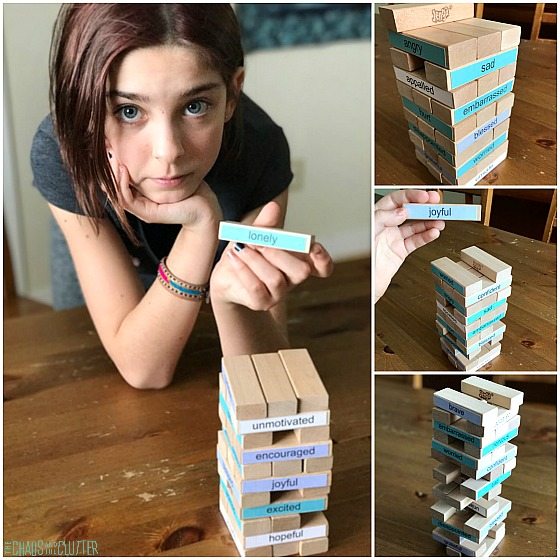 Make Your Own Feelings Jenga Game

This week, we are concentrating on the letter “G” and I just couldn’t think of a great sensory bin to go with that, so instead, I made a Gingerbread Sensory Table. I have this awesome recipe for Gingerbread Playdough that looks and smells like real gingerbread dough. We make it most years before the holidays. 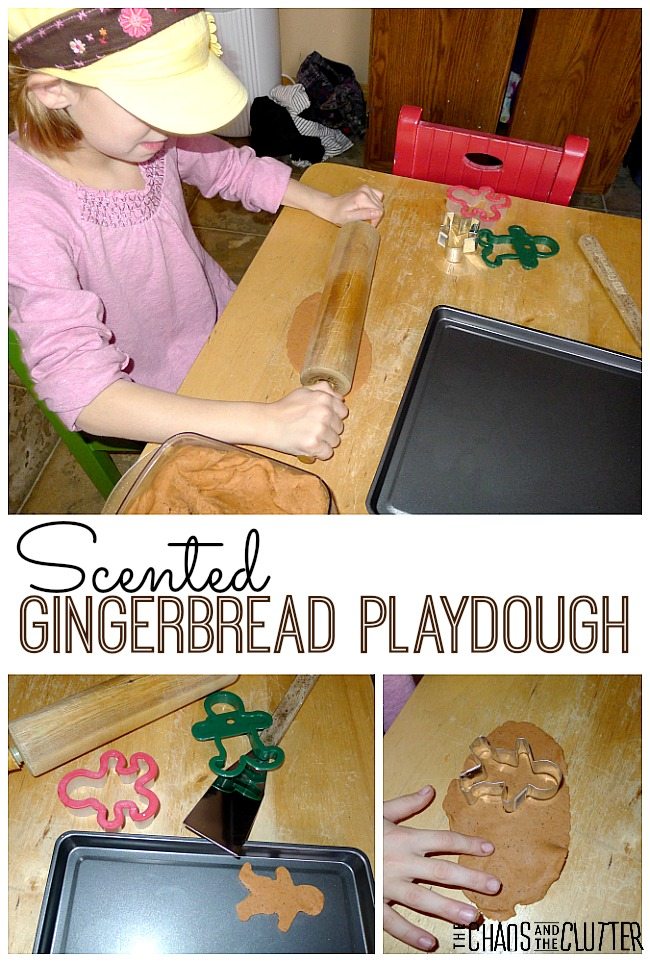 The only negative thing about this playdough is that it smells so good and the colour looks so much like true gingerbread dough that kids want to eat it. In fact, my great-niece was over last night and couldn’t resist tasting it!

I set out a rolling pin, a cookie sheet, 3 gingerbread cookie cutters, and a flipper (spatula) along with a large container of the gingerbread playdough. Our kids have so much fun pretending to bake gingerbread men. You can also set out items like yarn for them to decorate their gingerbread men. The playdough stays fresh for a long time as long as it’s kept in a tightly sealed container in between play sessions. 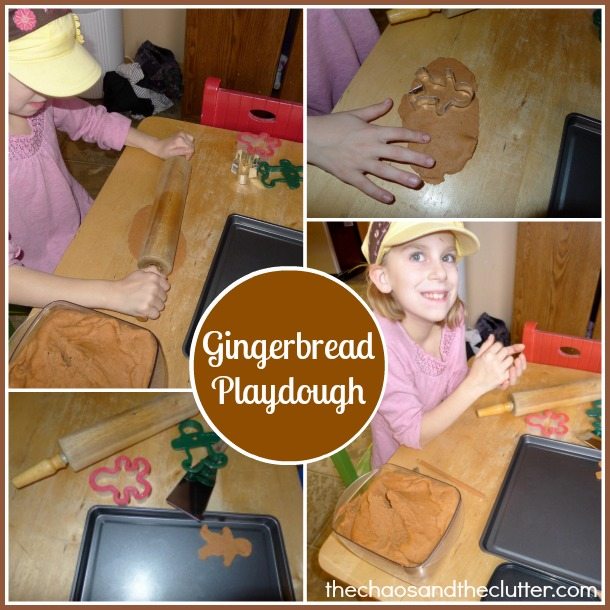 Mix Koolaid, flour, spices, alum, and salt in a bowl. Pour in oil and mix until crumbly. Combine water and instant coffee and pour over dry ingredients. Mix well. Keep dough in an airtight container.

This dough makes a great Christmas gift, especially if packaged with a few gingerbread cookie cutters and a children’s rolling pin.

We also have several other Christmas playdough themes that you may be interested in. I find that they are a great way to keep kids occupied during the holiday season while I am busy preparing food or cleaning. 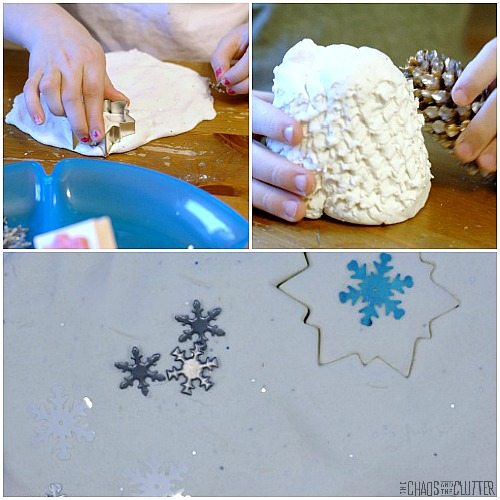 Snow Playdough and Invitation to Play 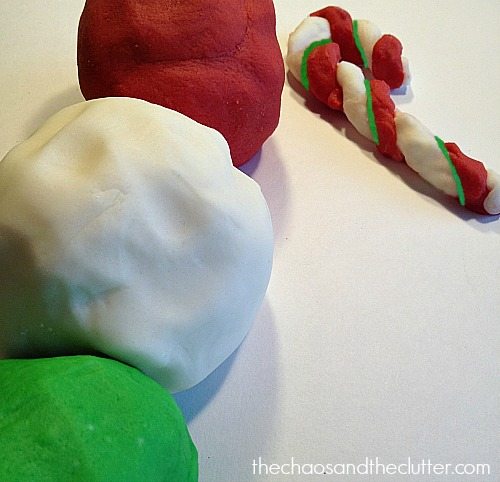 We had so much fun with this condensed milk painting. The edible paint produces beautiful glossy art. Your kids will love the end results and the process to get there! 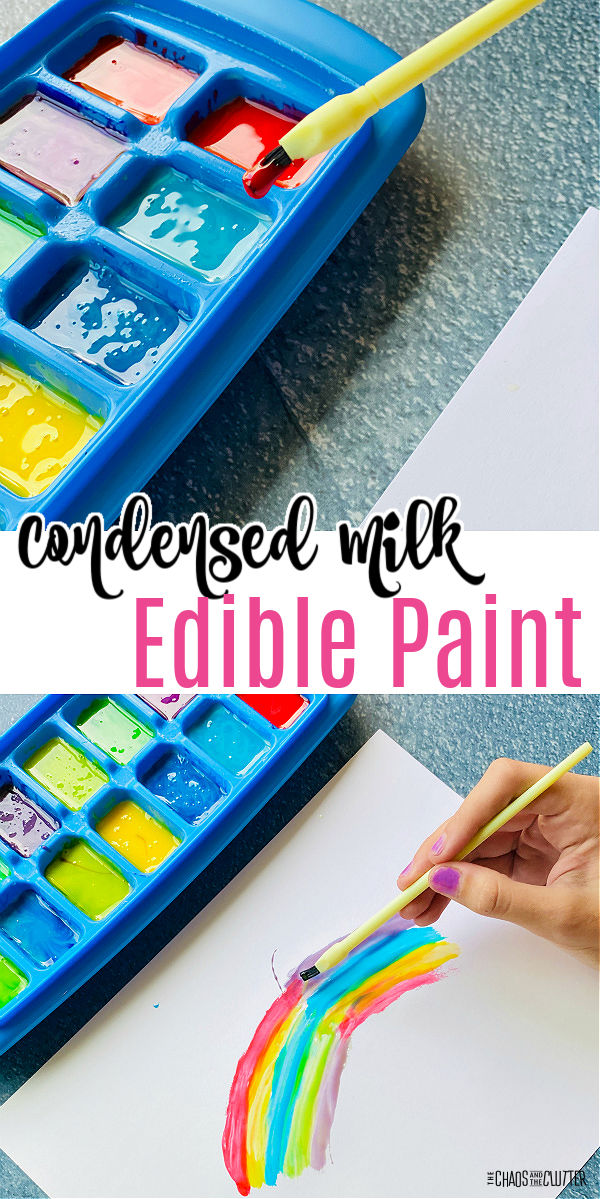 Condensed milk paint was something I stumbled upon. A week or so ago, I opened up a can of condensed milk for a recipe only to discover that the recipe actually called for evaporated milk!

This left me with an opened can of condensed milk sitting in my fridge. I was going to just throw it out until I came across an idea to do condensed milk painting!

Making this edible paint is so easy. 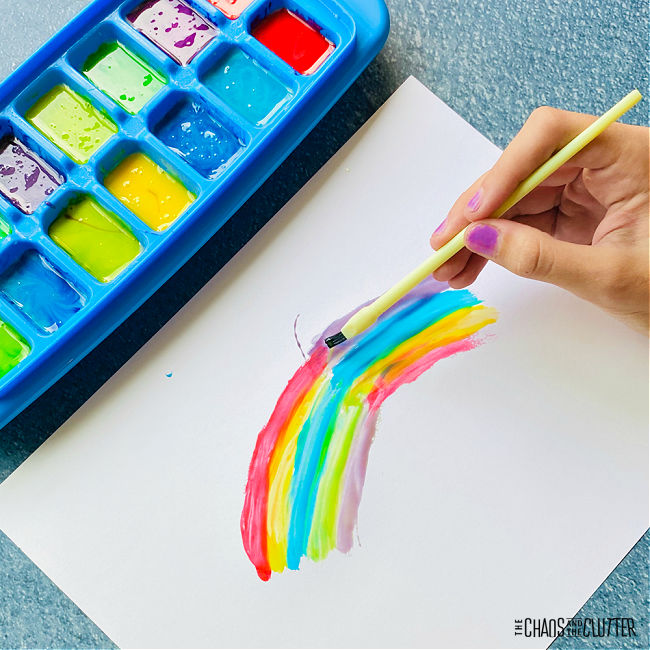 This edible paint recipe is included in the Sensory Play Recipes eBook. You’ll find so many easy sensory ideas inside. You can get a free sample using the form below.

My kids really enjoyed using this paint to create pictures. The pictures turned out so well. The paint gave a shiny, glossy finish. The kids were really pleased with the cool effect of that.

Even after the paint dries, it maintains its shiny look. 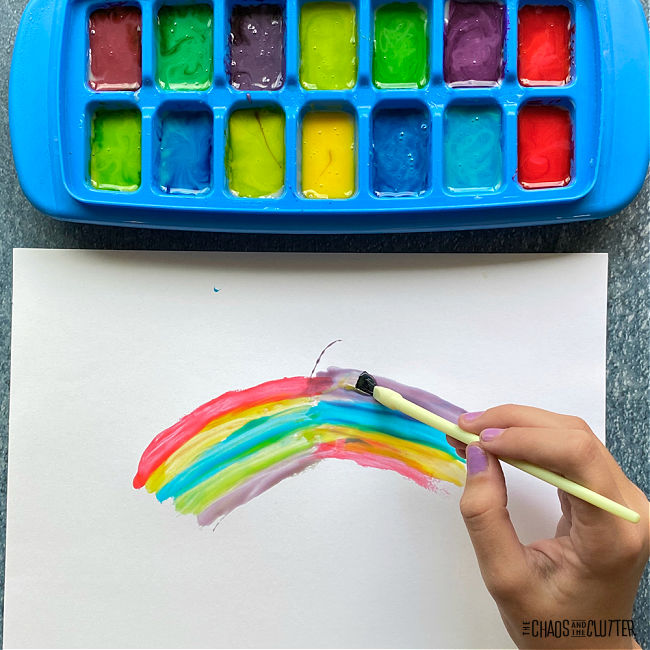 Each of the kids wanted to try tasting the paint. Snuggle Puppy ate almost as much as he painted with! 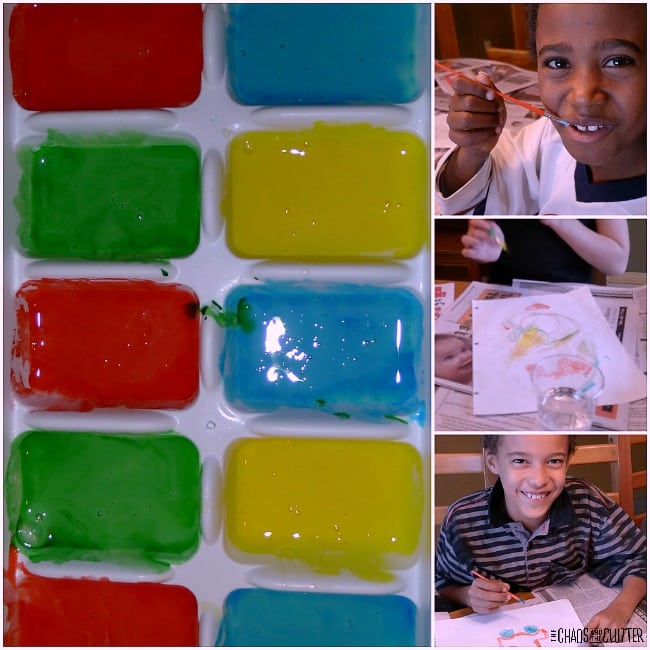 I love suggesting this activity to other moms because most people already have the ingredients needed in their kitchens. This makes it an easy last minute or rainy day activity.

Because it is taste-safe, condensed milk paint is also great for toddlers and even babies to play with. It can also be used as finger paint.

Other easy homemade sensory recipes you might want to check out: 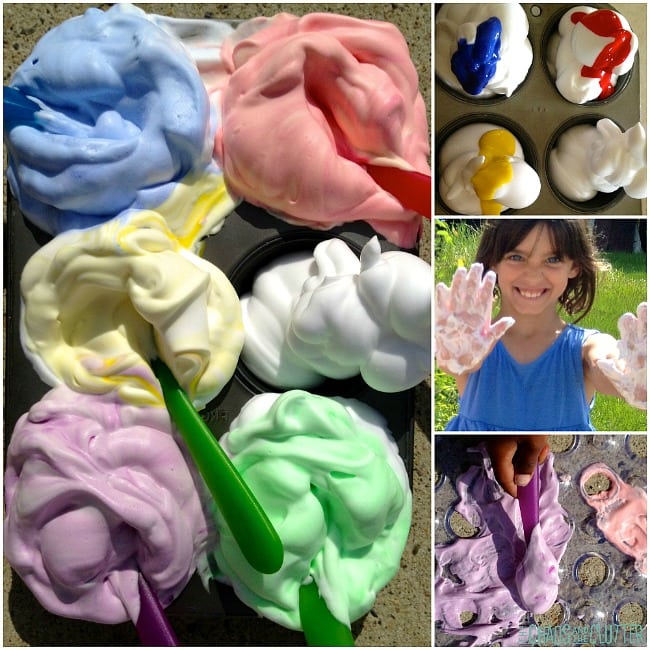 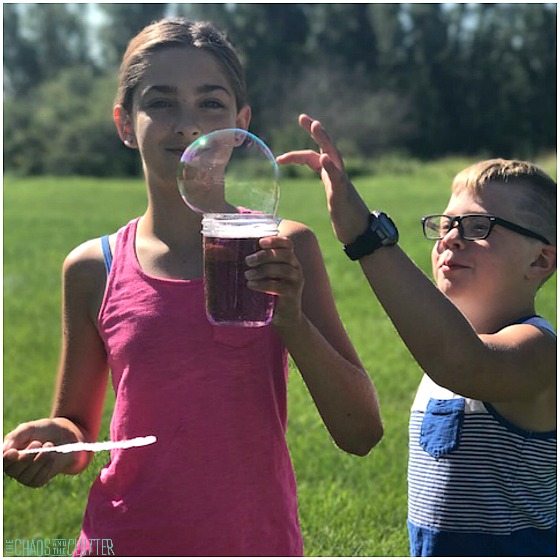 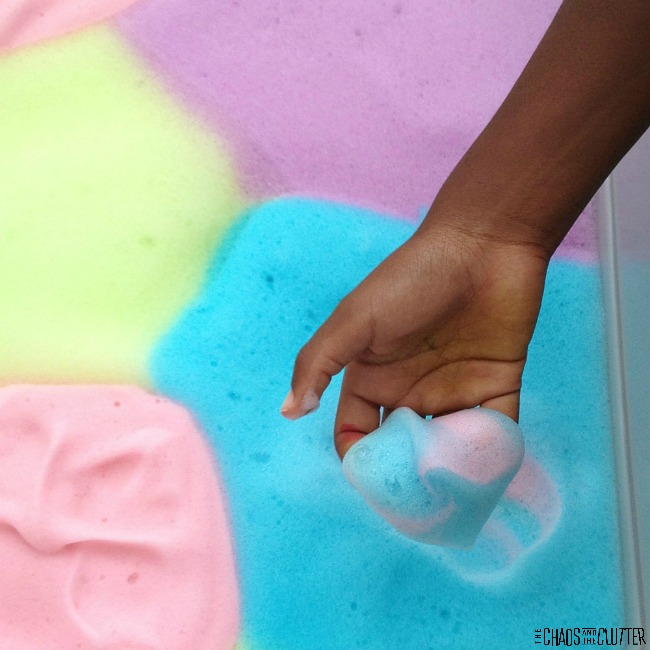 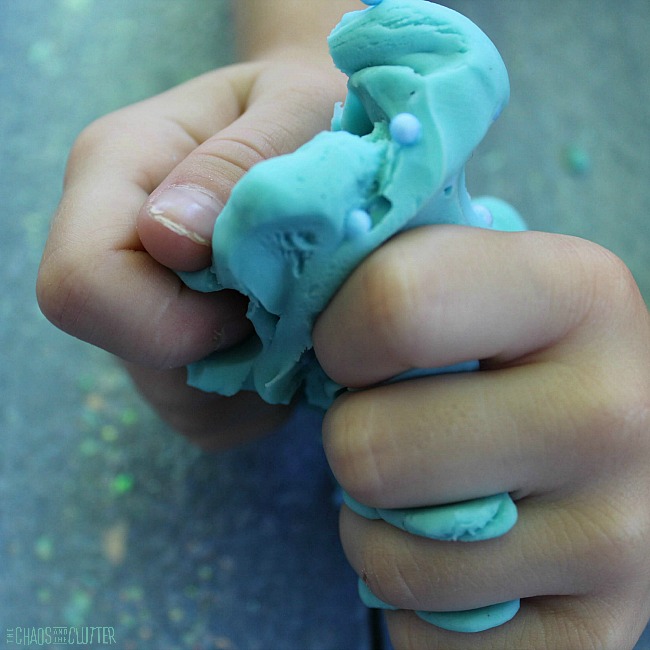 Bubble painting is something I’d been wanting to try for awhile, but it sounded complicated, so I wanted to wait for the right time. The right time came along one afternoon last week when only the girls were home. As it turns out, it was easy and I could have done it with all the kids! 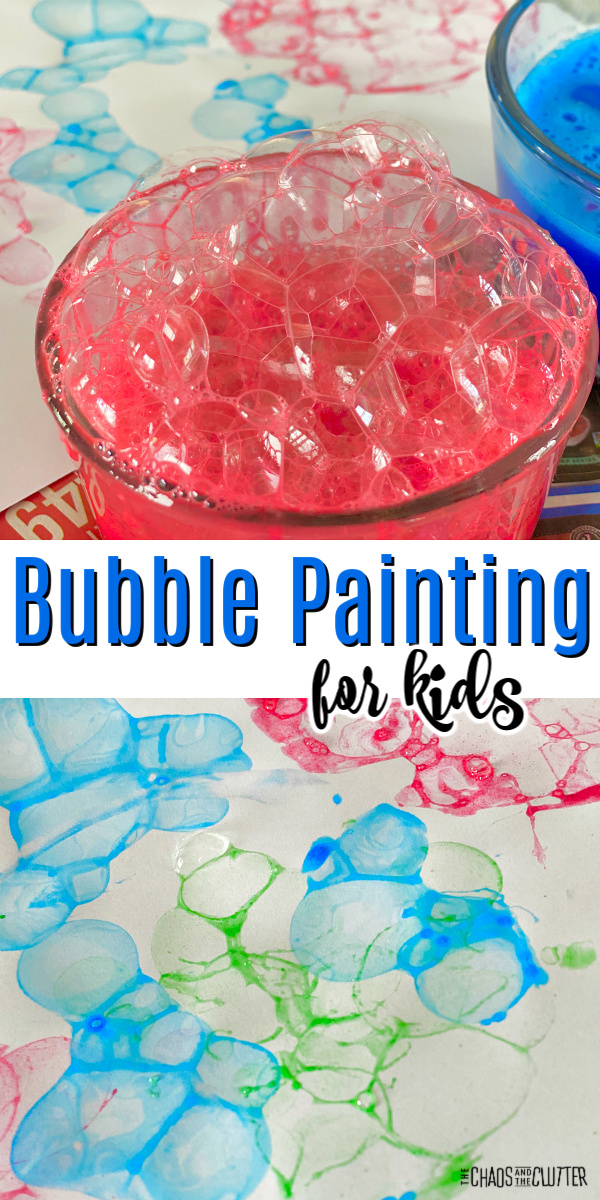 All you need are a few simple items. Most of them you may already have around the house. You can see in the video below how easy this project is to do. 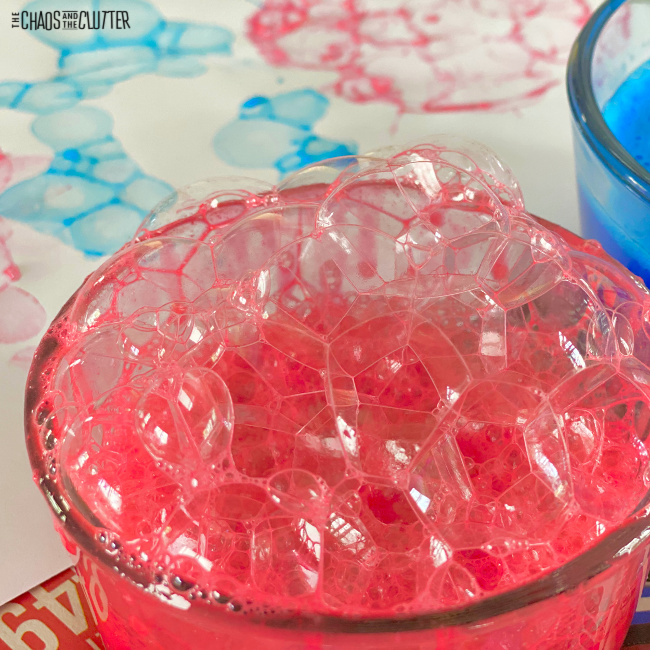 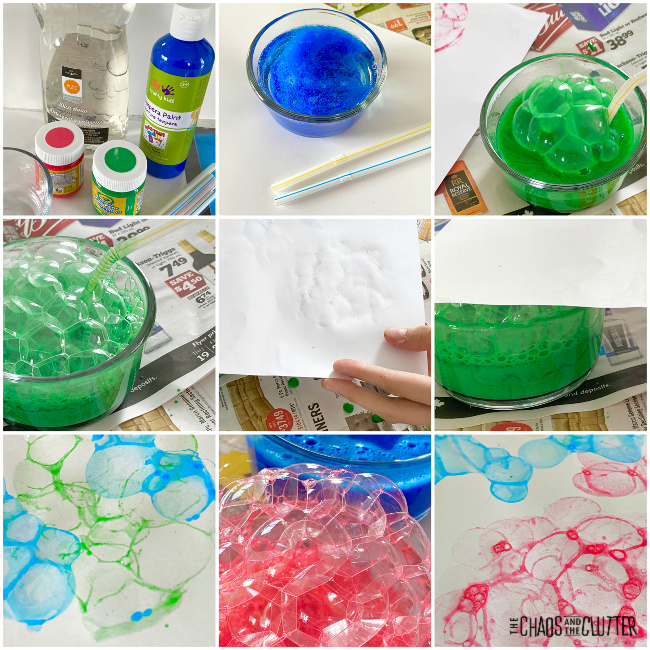 I was hoping that by using primary colours, we would also get some colour mixing, but even when overlapping, the colours don’t mix on the paper because the paint is so thin with it being created with a bubble.

This was a fun and easy craft and used household items. It’s an inexpensive art project for kids. I wish we had done it sooner and I am sure that we will do it again soon because the boys want to try! 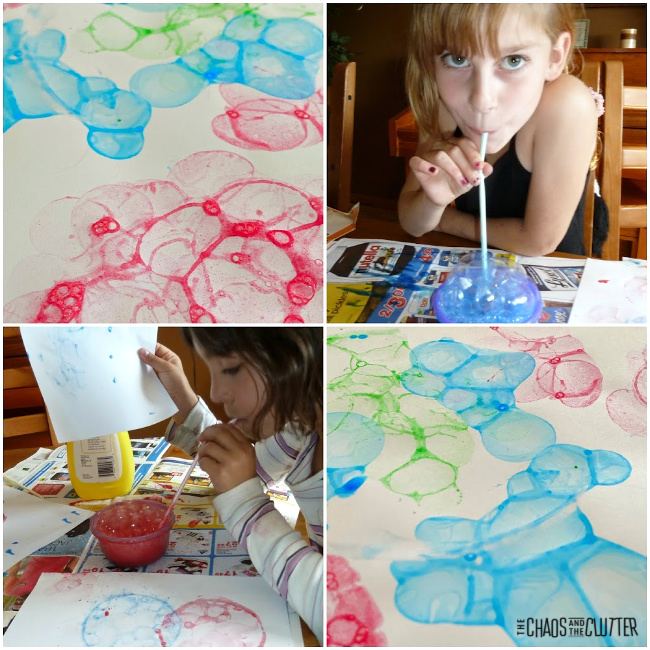 There were lots of giggles while the girls were blowing the bubbles. This project incorporates visual, tactile, proprioception, and gustatory (oral) sensory input.

As for all kids’ activities, adult supervision should be used.

Join me for a free 5 part email series Sensory Solutions and Activities and get a sample of our Sensory Play Recipes eBook.

Check out some of our other sensory play activities for kids:

How to Make Coloured Moon Dough 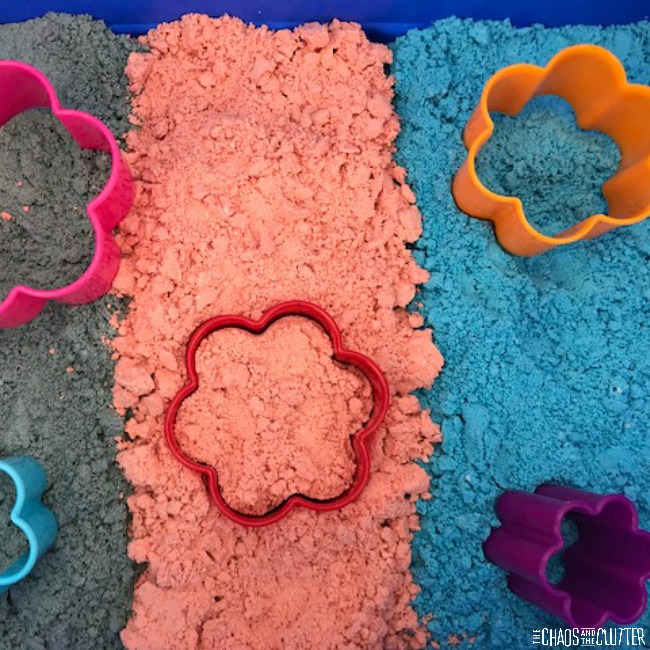 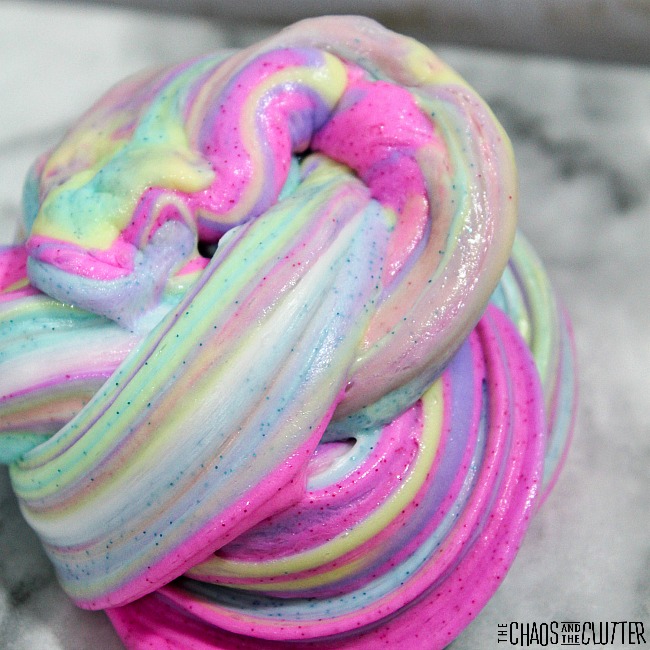